The easiest way to identify which iPad you have is to check the model number on the iPad’s back case. Just find your number in the table below, then click on the model name to see compatible accessories.

Of course, there are other ways to check which iPad you have without looking up the model number – just follow the steps below, looking at the iPad’s size, its connector, and its thickness.

The iPad Pro is the most recent iPad to be announced. It comes in three sizes, 12.9-inch, 10.5-inch and 9.7-inch, and all three have two distinct characteristics. The first is the speaker system — you should see two speaker grilles on the top, and two speaker grilles on the bottom of the iPad. Secondly, there will be a Smart Connector on the left side, which looks like three circles in a row. If you have the Smart Connector and the four speakers, then you have an iPad Pro.

There are four models in total. Unfortunately, only one has a uniquely distinguishing feature (the original 2015 iPad Pro 12.9-inch) so we recommend you use the model number on the back of the iPad to positively identify the model you have.

If your iPad doesn’t have four speakers or the smart connector, continue on!

If you’ve got the smaller kind of iPad, then you have either the iPad Mini, iPad Mini 2, iPad Mini 3 or iPad Mini 4 (the latter three are also called iPad Mini with Retina display by Apple). The iPad Mini 2 and 3 will look sharper due to its higher resolution screen and will be 0.3 mm thicker, but if you don’t have two iPads to compare then the effect won’t be obvious.

(Unless you have a gold model, in which case it must be the iPad Mini 3 or iPad Mini 4. The Mini 4 has a small microphone to the right of the rear camera; the Mini 3 does not.) 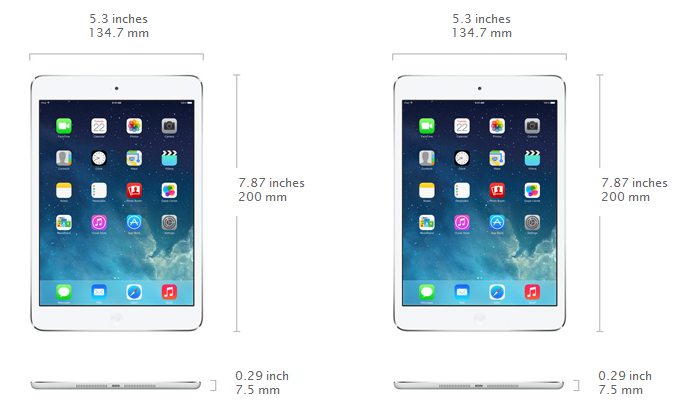 3. Full-size iPad with Lightning connector – but does it have a thick or thin bezel? 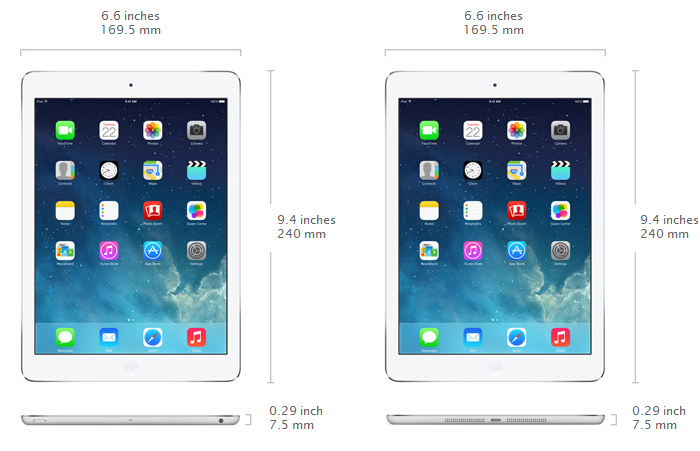 If you have wider bezels, then the most recent iPad it could be is the fourth generation iPad, or iPad 4. It’s very similar in shape and size to the third generation iPad, but it has the small micro-USB sized Lightning connector instead of the earlier wide and thin 30 Pin Apple connector. The iPad 4 was released in late 2012.

If you’ve got a thick-bezeled iPad with a Lightning connector, it’s the iPad 4, so have a look at our iPad 4 accessories here.

If you’ve got a thick-bezeled iPad with a 30 Pin connector, then you have either the iPad 3 (marketed as “the new iPad”), the iPad 2, or the original iPad.

Third, second and first generation iPad models. Aside from the model number, the only real difference between the Wi-Fi models is the thickness of the chassis.

If you’re still not sure what iPad you’ve got, why not check out Apple’s article on the subject?