Apple and its partners might make some pretty excellent iPad covers, but few of them offer more than basic protection and added style. Today though, Apple was granted a patent for a rather more exciting iPad Smart Cover, which includes iterations with a built-in display and a sketchpad.

The patent includes a number of potential uses for Smart Cover display, from simple extensions of the iPad’s screen to use as an input device for taking notes or making sketches. It also shows how they’d be powered through the iPad Pro’s Smart Connector. They’re all quite interesting, so let’s go through some of the highlights.

The first really interesting diagram shows the cover with a dock on its left side, with the remaining space being used for solar panels — hello, unlimited iPad charging!

They also imagine the smart cover in its rolled up triangular form, with the visible surface providing both a title readout and exposing playback controls. It’s not clear how users would locate their fingers accurately, but you could imagine some subtle dots in the right places. 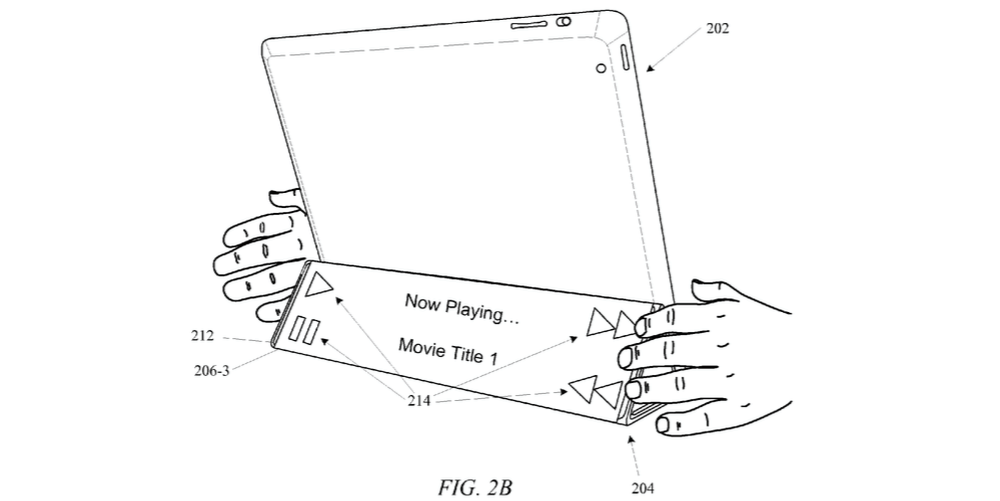 Another drawing shows how drawing on the Smart Cover might look. In this illustration, a supported iPad displays the image drawn on the cover below, allowing the artist to work without their hands obscuring their view. The stylus shown seems to resemble the Apple Pencil — no surprises there. 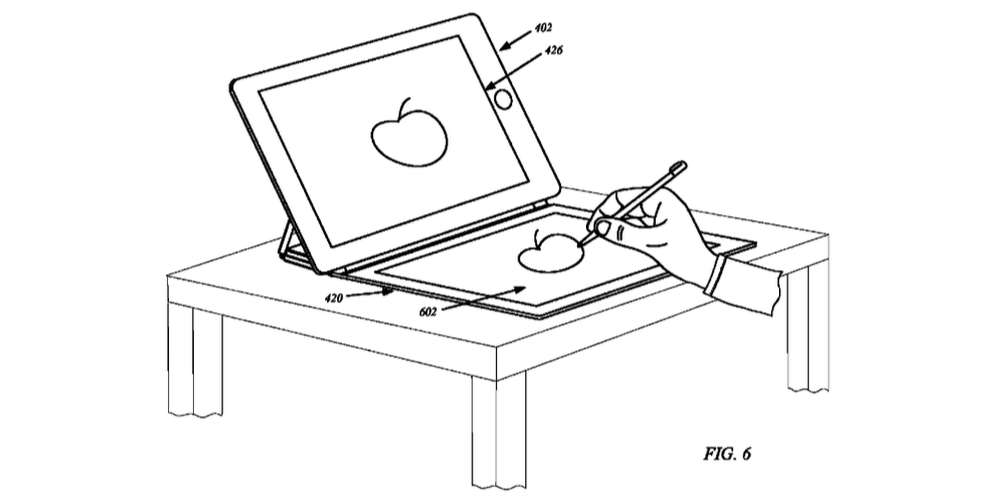 All three illustrations are pretty interesting ideas of what the Smart Cover might look like in the future; it would definitely be cool to see what designers could come up with if Apple really opened up the possibilities.

For more information on the patent and what it might mean for Apple’s future plans, check 9to5Mac‘s article and Patently Apple‘s original report.

Thanks for checking out the article; be sure to share your thoughts if you’ve got ’em!