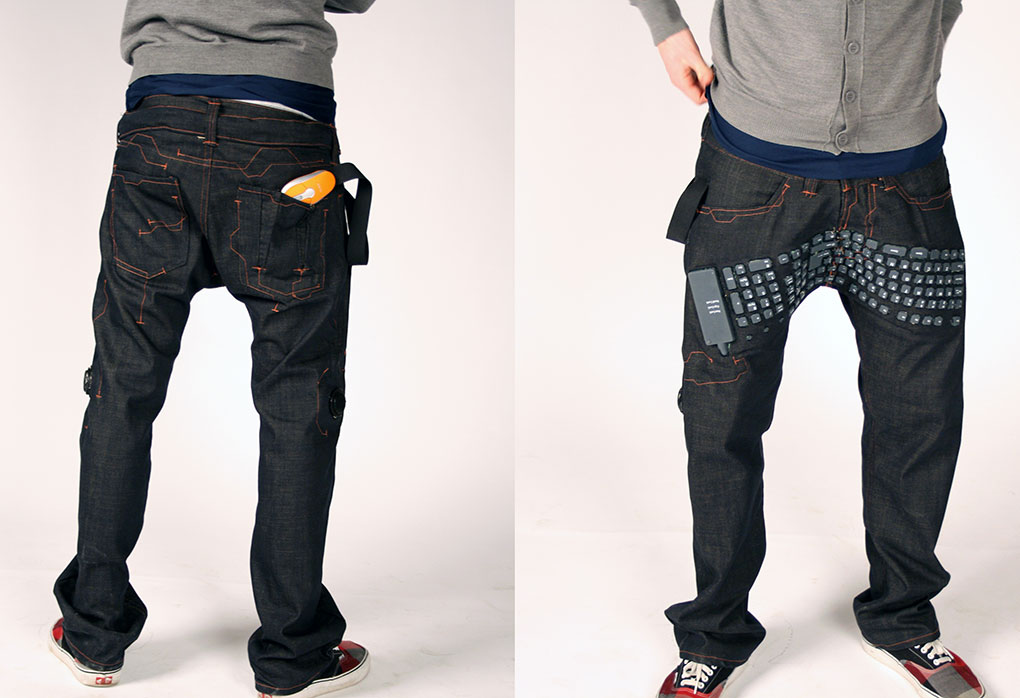 In 2008, a Dutch design student called Eric De Nijs unveiled his ‘Beauty and the Geek’ project: a full QWERTY keyboard integrated into a set of circuitry-emblazoned jeans. The keyboard pants (which also came with a mouse and speakers), were designed to connect to a laptop, providing a more ergonomic and fashionable way to write in whatever posture you preferred.

The stylishly nerdy pants went viral in 2012, appearing on tech websites and mainstream publications alike. That attention didn’t translate into an actual product though; the wearable keyboard was never put into production, thanks to their complex design and high cost. That ensured the idea was largely forgotten after fading from Facebook feeds the world over.

In today’s mobile world though, these keyboard pants are starting to make more sense, and you could argue that the original design was ahead of its time. A flexible, wearable keyboard that pairs with your smartphone or tablet sounds like a great idea, as it makes for a whole setup that you can actually use on the go. We’ve already seen mobile VR with the Samsung Gear VR and the LG 360 VR headset, so why not a wearable mobile keyboard?

As Vlad Savov of The Verge points out, manufacturers like Google, Apple and Microsoft already produce tablets with bundled keyboards, so clearly they see some user demand; a desire for a more tactile, full-size typing experience. Perhaps one of these companies will take on the wearable keyboard next.

The evolution of Bluetooth — particularly the always-on Low Energy mode — make it more viable as well, ensuring that you’d only need a small battery pack for weeks of use between charges. 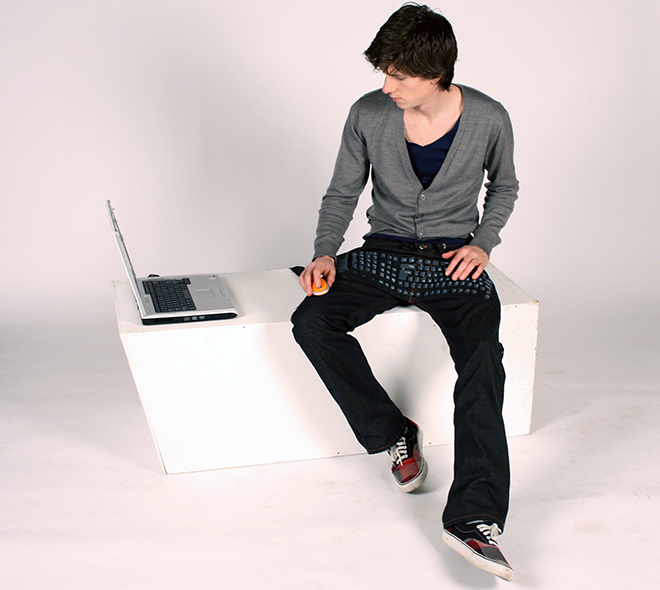 Of course, there are still some design hurdles to be cleared. The trousers should be washable, so the keyboard itself needs to be made water-tight and the other circuitry (Bluetooth radio, keyboard controller, battery) should be removable. And of course, the cost could stand to go down from its originally quoted price of $400.

There are also new opportunities to improve upon the design, although the additional complexity might best be saved for a future model. You might run antennas down the legs to produce an LTE Wi-Fi hotspot or integrate some Bluetooth speakers; motion controllers could be included in the pant legs or sleeves of a shirt. You could even have some spare USB ports, which could be used to recharge your phone in your pocket (at the expense of battery life elsewhere)… doesn’t that sound cool? 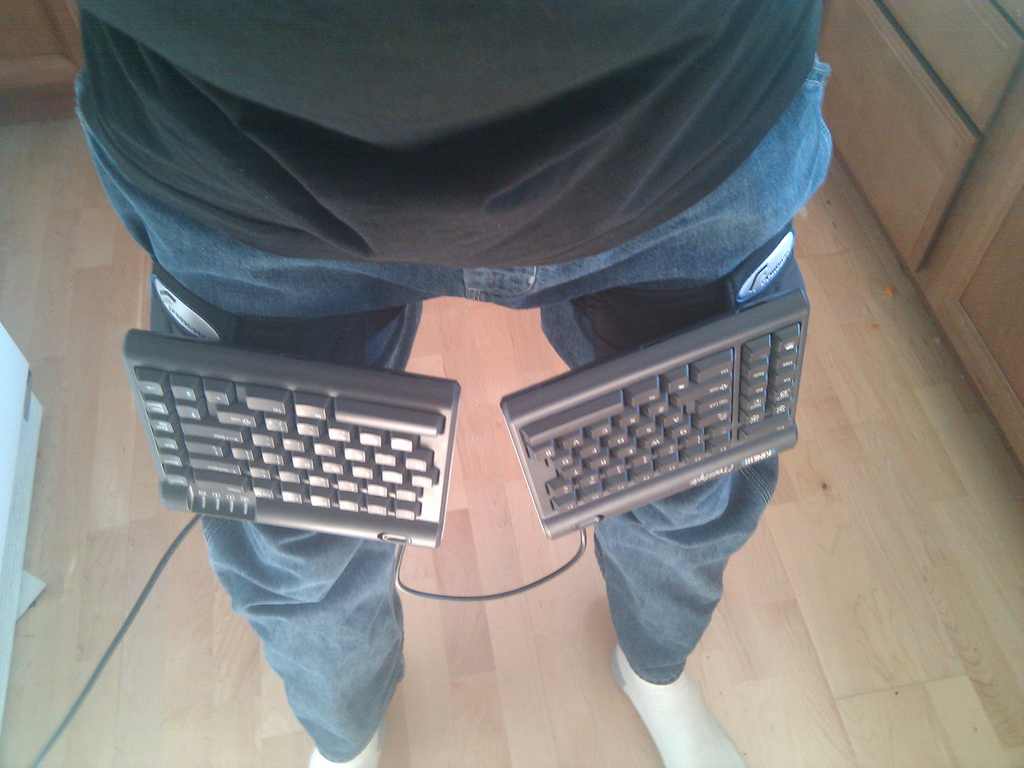 This idea is far from dead — and I encourage Erik or another talented designer to pick up their tablet and start designing these keyboard trousers anew! We’ve seen some progress on similar themes, but we need to get this on Kickstarter or someone like Microsoft or Samsung interested. Let’s make this happen!