Today we’re going to look at some of the weirdest smartphones to ever have been made. Whether they rely on an odd gimmick or a strange form factor, these phones show the unorthodox underbelly of the smartphone industry. We’ll start in 2002, and go all the way to the present day. Let’s go! 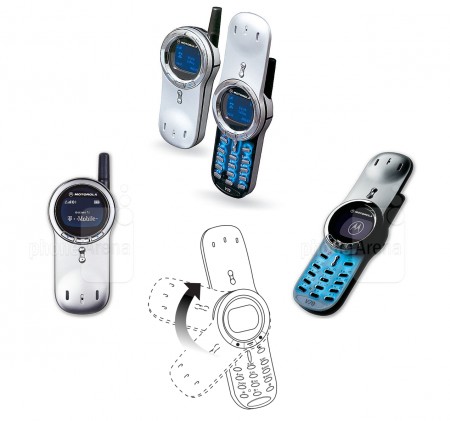 We begin with the Motorola V70. The V70 has an odd rotary design, with the keypad hidden underneath a cover that rotates 180 degrees around the display dial. The look was iconic, but the movement took some time and decreased the phone’s reliability too. Still, the slim design made it a popular choice when its price reached reasonable levels. 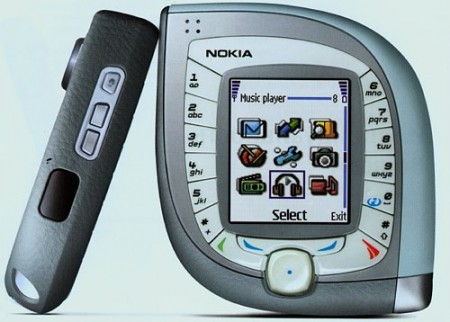 The Nokia 7600 takes weird to the next level with a strange teardrop shape, with the display centred within and buttons surrounding. The handset was one of the first from Nokia to feature 3G connectivity. The phone was light, but the weird button arrangement required two hands for most tasks, and the design was never revisited.

This phone was designed as a tie-in to the second Matrix film, The Matrix Reloaded. The spring-loaded earpiece was certainly cool, and the Matrix-inspired green-on-black interface went down a treat too. The phone even had extensive voice controls, allowing calls to be placed by speaking the desired contact’s name (or spelling out their number). Still, there was no way to send text messages or access the web, a big inconvenience even in 2003. 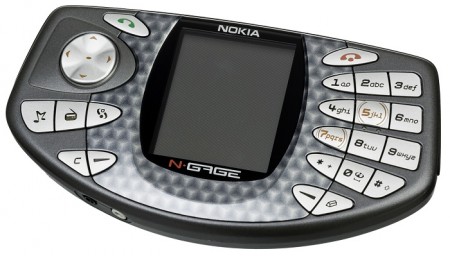 The Nokia N-Gage is well remembered by teens of the 90s as an incredibly hyped but ultimately disastrous gaming-focused phone. The phone-style buttons were awful for gaming, and the bulk and extra buttons required for gaming made it a clunker of a phone. The phone quickly garnered a bad reputation amongst gamers, and despite an effective redesign the platform was abandoned by Nokia two years and 50 games later.

The Siemens Xelibri was a series of fashion-phones in weird shapes, produced by “top designers”. While the phones did push the boundaries of handset design, the new brand failed to gain traction. The phones weren’t regarded as stylish, just weird, and despite significant advertising attention sales remained very low. Eight phones later, the project was shelved and never revisited. 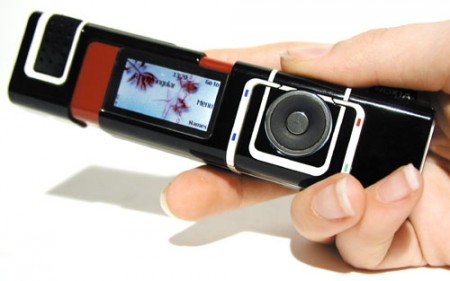 Conversely, the Nokia 7280 was seen as fashionable, but it faced its own challenges. The lipstick-shaped phone didn’t include a number pad or touchscreen, instead relying on a wheel for all input. This made texting and writing numbers an absolute pain, making it a better choice for calls and MP3s than anything to do with words. Still, the phone was well-regarded and even won a design award in 2004. 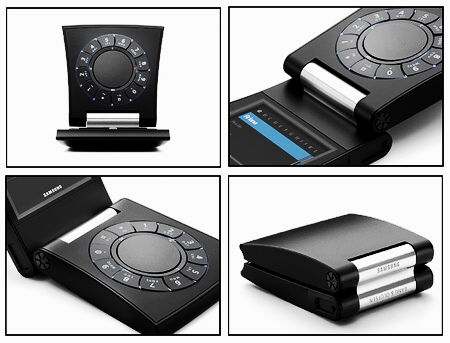 Our next fashion-conscious phone was the Samsung Serene. The phone came with an unusual jewellery box design, designed by Bang & Olufsen. The circular keypad was a pain to use (a common flaw in this list), and despite a helping mechanism the phone took some time to open. The battery and SIM card required a screwdriver to access, and the camera was mounted on the side, which made lining up photos difficult. Despite its shortcomings, the Serene was a memorable smartphone design. 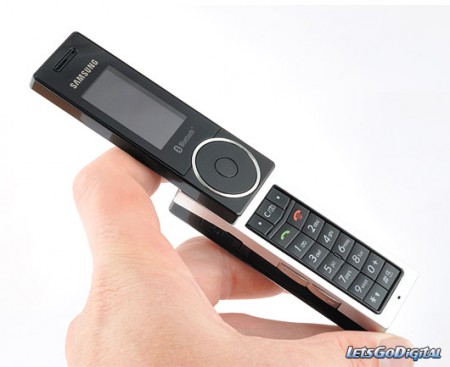 The Samsung X830 is an interesting phone with a switchblade design, with the number pad hidden beneath the display. The shape of the phone led Samsung to an unusual design decision: a two-column number pad instead of the standard three-column layout. This was a chore to relearn, but did allow the phone to be quite space-efficient. 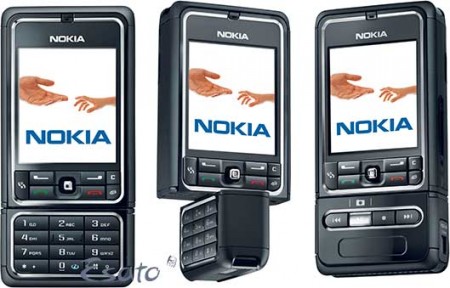 The Nokia 3520 also featured a rotating design, but quite a unique one. Instead of the phone splitting in half horizontally like the X830, only the 3520’s numberpad rotates. It either rotates 90 degrees, allowing the side-mounted camera to face forward or back, or 180 degrees to swap between ‘music’ and ‘phone’ modes. It was pretty cool, but having a side-mounted camera that needed to be rotated into position each time got old pretty fast – even though selfies were way easier than other phones of the era. 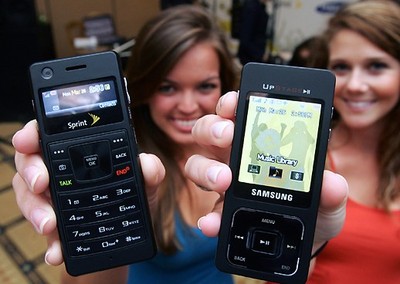 Instead of rotating, the Samsung UpStage was simply designed to be flipped over to change between modes. The ‘phone’ and ‘media’ sides each had their own displays and controls; switching between the two required pressing a ‘flip’ button on the side. Once again, the aggravation of switching modes meant that the phone didn’t reach its full potential. 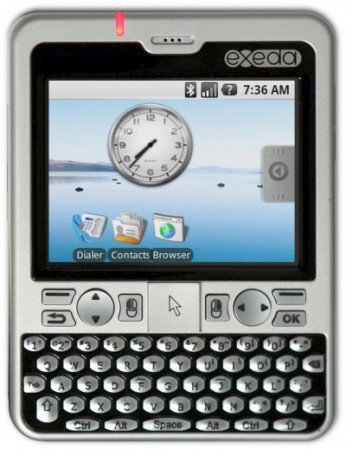 Does your phone have an ethernet port? Pretty much all phones don’t – the giant port is only really useful on computers – but the Exeda does, for some reason. This stocky early smartphone included basically everything, including a 3.5-inch touch screen, QWERTY keyboard, a bunch of extra buttons and a tiny touchpad. The Exeda could also run a bunch of operating systems, from the new (at the time) Android to less popular options like Windows Mobile 6.1, Windows CE 6 and Angstrom Linux (which I’ve not heard of before or since). Sadly, a broad feature list was no match for its anemic design and high price, leaving the Exeda a major oddity. 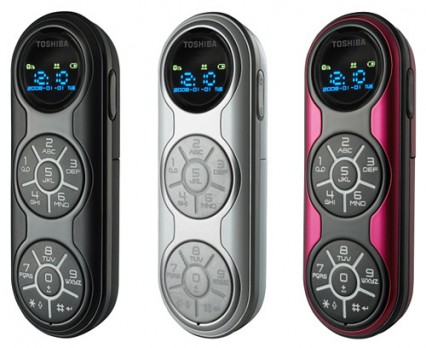 The Toshiba G450 was made with a weird three-disc design. Two discs held the number pad, while a third disc held the display. The compact phone weighed just 57 grams, but usability was (predictably) affected by the idiosyncratic layout. The remote-like appearance of the G450 didn’t find many fans, but the G450 at least got points for functionality, with uses as a phone, MP3 player, HSDPA modem and USB device. All four are commonplace in the era of smartphones, but for a dumbphone it’s not a bad count. 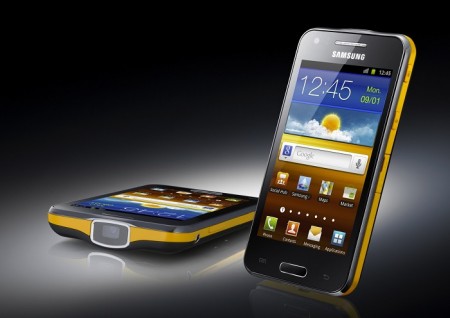 The Galaxy Beam sounded great on paper, marrying the specifications of the previous year’s popular Galaxy S II smartphone with an innovative pico-projector. The Galaxy Beam worked as intended, producing a tiny nHD projection, but limited battery life and the low resolution of the projection made it a critical failure. Without critical support and with minimal units produced, the Beam barely justified a sequel. That too saw little sales, and the series died there. 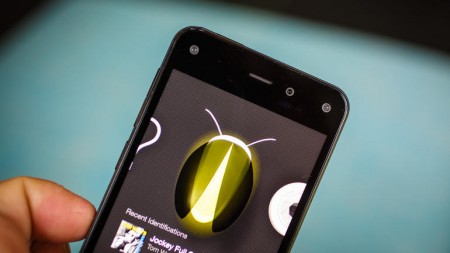 CEO Jeff Bezos was apparently key to the design of the Fire Phone, which is unfortunate because the phone is one of Amazon’s rare failures. The phone was designed as the ultimate gateway to Amazon’s services, offering integration with Kindle and other Amazon services, plus a brand new scanning feature that let you easily move from physical goods to buying on Amazon. Four cameras on the front tracked your face, unlocking a unique 3D perspective in Amazon’s interface and some specially-made apps. Unfortunately, a high price and the relatively boring design left the Fire Phone in the dust against other flagship phones. 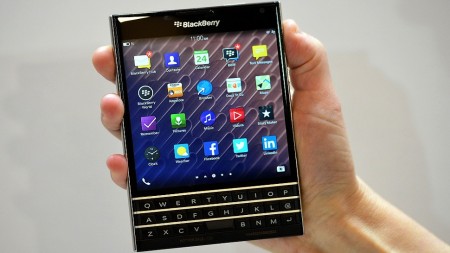 The BlackBerry Passport is literally the size of a passport. That’s kind of cool, but it makes for a rather bulky phone. Despite a good keyboard and the latest BlackBerry OS, the Passport has seen few sales and hasn’t revived the Canadians companies fortunes as hoped. 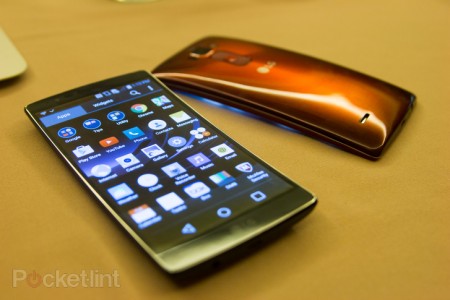 Our latest weird phone is the LG G Flex 2. The name comes from the flexible screen of the phone, which can be bent inwards to form a more natural speaking position. The Flex 2 also features a self-healing rear cover, which repairs damage from scratches in seconds. A vastly improved set of specifications make this a much more serious competitor in the flagship stakes than its predecessor ever was, but it’s not clear whether the phone will become a sales success.

So there we have it – fifteen weird phones. It’s tempting to say that these phones are failures, and in some instances they are, but I prefer to think of them as necessary missteps in the quest for better design. Along the same lines, Samsung and Nokia are well-represented here, but it’s hardly an indictment of their design teams. Instead, it’s more a reflection of their market-leading positions which allowed them to try – and keep trying – oddball designs.

Have you used any of our weird phones? Let us know in the comments below, or talk to us on Twitter @mobilefun.