The Galaxy Note 3 was released in the UK earlier this week, and while in the office I got a chance to play around with the new phablet and a few of the new official Note 3 cases we’ll be stocking.

The Galaxy Note 3, like the Galaxy S4, is a phone that has a larger screen but smaller dimensions than its predecessor. That’s down once again to a smaller bezel and a more clever internal arrangement, and it ensures that the phone remains fairly usable. Even in one hand, the gesture typing of the Samsung keyboard ensures that it’s still possible to get stuff done. 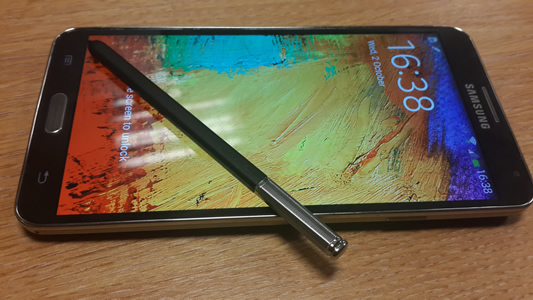 The phone is more attractive than its predecessor too, with a leather-look plastic back. While I could do without the false stitching, overall the look and feel is improved vastly over the slick and sweaty back of my Galaxy S4.

In terms of actually using the phone, I was very impressed. The stylus is as useful as ever, and can now actually press the capacitive buttons below the screen which saves a lot of switching between finger and stylus. The Note 3’s screen is large enough to make taking notes fairly easy, and the phone has good palm rejection to ensure that you can lean onto the screen a bit. 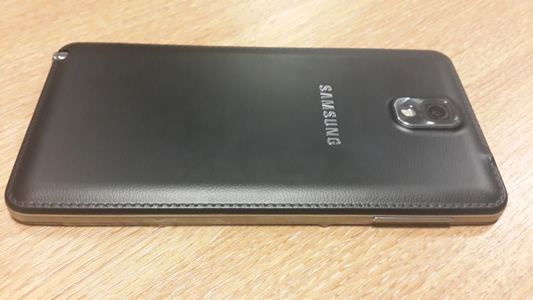 The phone is fast, too. While Samsung’s UI remains one of the heavier ones in the business, a Snapdragon 800 processor and 3 GB of RAM make for a very rapid experience. Benchmark-cheating aside, this is a screamer of a phone. There are few real use-cases for that much power, but one of them is 120 FPS slow motion videos in 720p, the same as the iPhone 5S. The camera is otherwise similar to the S4 and is capable of some very nice pictures.

As expected, the Note 3 remains the phablet to beat. I spend most of my time looking at stuff on my phone instead of holding it to my face, so maximising screen size really makes sense to me. If you’d prefer something more moderate in size, the Xperia Z1 or Galaxy S4 remain good options. If you want a properly portable phone, then the rumoured Xperia Z1 f (aka Z1 Mini) and the iPhone 5S look like good choices.

Samsung continue to be one of the most prolific and successful first-party accessory makers in the smartphone space. They’ve continued to upgrade the S View case, which combines minimal bulk with a handy plastic window in the flip cover. The screen behind lights up just that window, saving power, and now can show you all your notifications, the time/date/weather/steps taken or shortcuts to the camera, action memo or music controls. It’s a powerful piece of functionality, and it’s well worth the premium price. The S View looks great too, with a new ability to match the window’s colour to the colour of your case. With the white S View, I got a nice teal window – perfect. 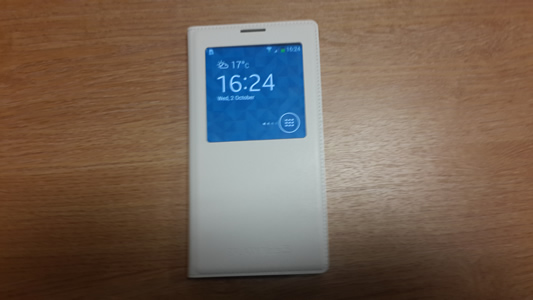 The other case I got to play with is the Flip Cover, which is a more traditional option. This gives you the same leather look on the front as well as the back, but without the window you get on the S View. That keeps costs down, but means you have to flip the cover back to answer calls or check the time – not the end of the world, but not quite as cool either. 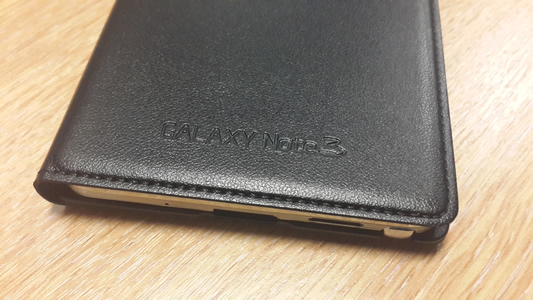 Both cases are solid, and really underscore the quality that you get with first-party Samsung official accessories for the Note 3.

I hope you found this brief article helpful! Thanks for checking it out and feel free to ask any questions you may have in the comments below.