The LG V30 is the long-awaited follow-up to the fan favourite V20 from last year. The 2017 design eschews some long-running features in favour of new ones, upgrades the internal hardware and the software too. Let’s break down the differences between the two generations to see if it’s worth upgrading!

The LG V30 ditches the secondary ‘ticker’ display that previously defined the V series, instead opting for a top-to-bottom display that is very much in vogue this year (we’re also seen it on the LG G6, Galaxy S8 and Note 8, iPhone X and Essential Phone PH-1). This 6-inch screen is made from a new Plastic-OLED material, allowing for curvier corners and even thinner bezels than the LG G6. The 2:1 aspect ratio also allows for more pixels on screen, with the V30 getting 1440 x 2880 compared to the 1440 x 2560 of the V20. Finally, the screen is protected by Gorilla Glass 5 on the V30, and just version 4 on the V20. 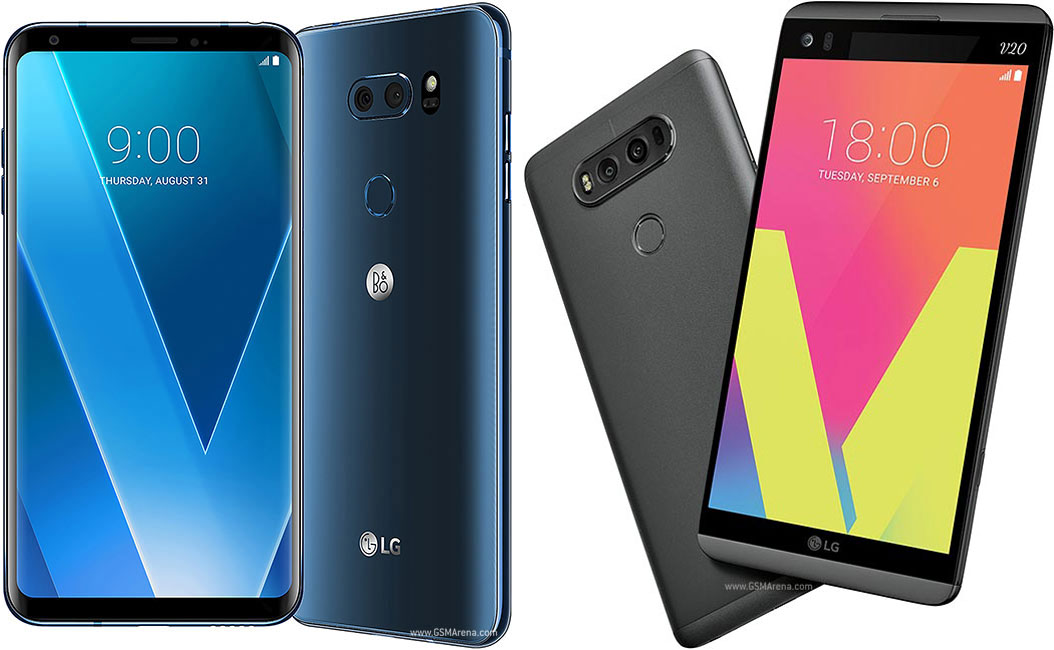 When it comes to performance, the V30 is substantially ahead of the V20 thanks to its inclusion of the Snapdragon 835 processor, compared to the ill-received Snapdragon 820 on the V20. Both phones are backed with 4GB of RAM, though storage varies with the V20 having 32 or 64GB of internal space, and the V30 having 64 or 128GB depending on the variant. A microSD card slot is provided on both models.

In terms of connectivity, both phones come with USB-C, although the V30 benefits from the higher data transfer and charging speeds of USB 3.1 compared to the V20’s USB 2.0. The V30 also includes Bluetooth 5.0, allowing connection to multiple Bluetooth audio devices simultaneously.

Both the LG V20 and V30 come with a triple camera system with two 16-megapixel rear shooters and one 5-megapixel front-facer. However, the V30 boasts better brighter apertures throughout, and is the first smartphone to use an f/1.6 lens (the V20 came with an f/1.8 lens in the same position). That should result in better low-light performance, putting the V30 on the same playing field as the best camera phones including the Google Pixel, iPhone and Note 8.

Both the V20 and V30 have been relatively forward-facing; the V20 was the first non-Google phone to come with Android 7.0 Nougat. The V30 also comes with Nougat, although this is the 7.1.2 version of the OS. An upgrade to Android 8.0 Oreo is planned, although it’s disappointing that we won’t see that on launch. Both phones have a relatively inoffensive UI atop Android, with a sprinkling of new apps that generally augment rather than replace features from stock Android. The camera app bears special mention, with its comprehensive arrangement of manual controls for image and video recording.

The LG V20 and V30 have both launched with a good range of official accessories, although early indications suggest that we’ll see many more third-party accessories for the LG V30.

The LG V30 is expected to go for around £700, compared to the (admittedly hard to find) V20 at £480. Given the performance, design and software upgrades, going for the newer V30 seems like a reasonable choice.

Thanks for checking out the article. Stay tuned for more LG V30 content very soon!