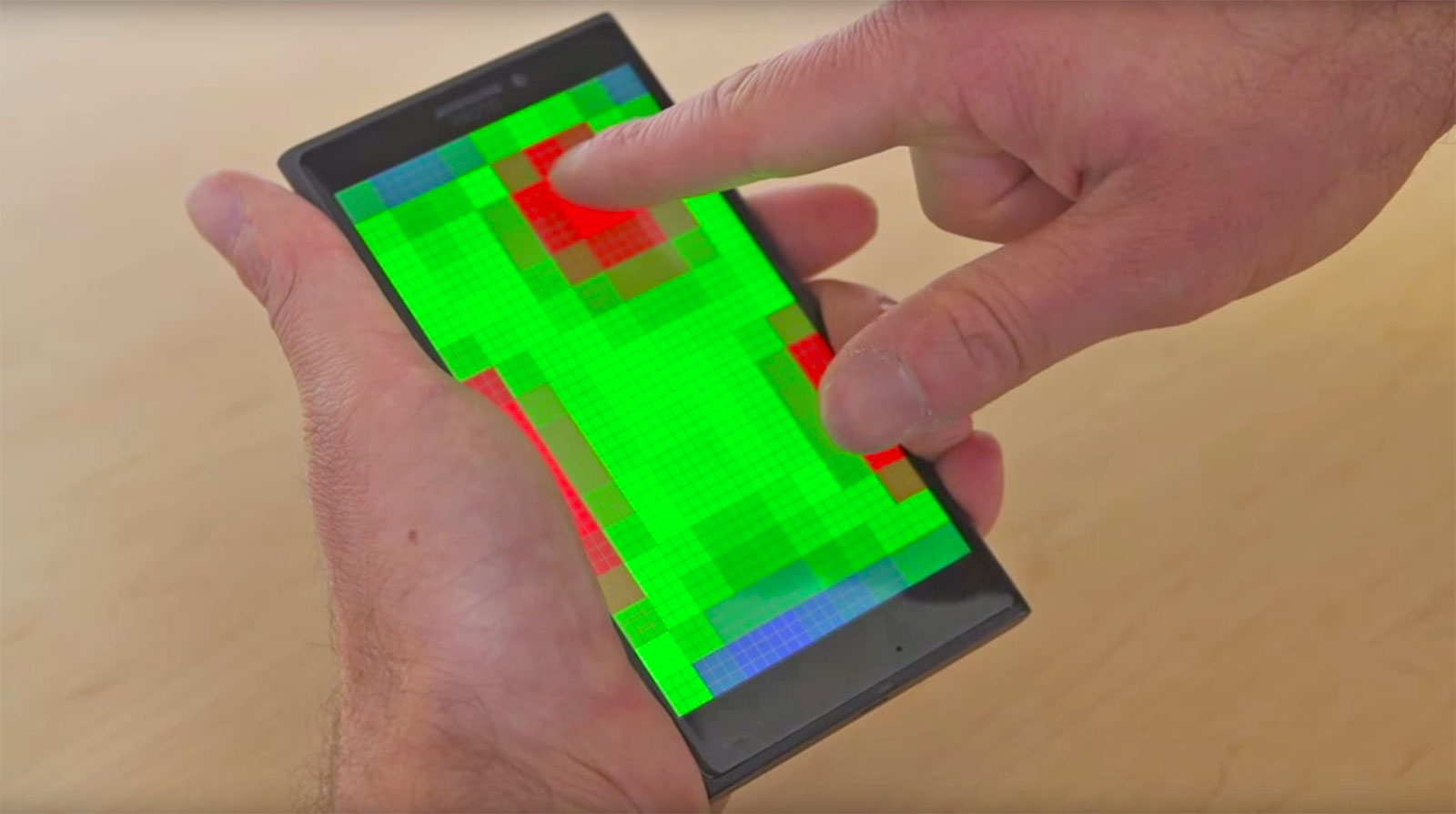 Windows Phone may be something of a failed project, but Microsoft haven’t stopped trying to innovate for the platform. Microsoft Research released a video showing a phone that knows how it is being held, something they’re calling a “pre-touch sensing” system.

The way it works is actually pretty clever. The phone’s edges are lined with a self-capacitive touchscreen, which allows the phone to know how it’s being grasped and even detect a user’s fingers before they make physical contact with the phone itself. Using this data, the phone can understand how it’s being held and anticipate how you’ll hold it in the near future, then use that data to make clever contextual decisions.

For example, the phone might show playback controls when you hover your fingers over the screen, their placement based on which hand you’re using. You could also select text without actually touching the screen, then use pop-up buttons to perform actions like copying or deleting.

It’s not clear when (or even if) Microsoft will include these features in a shipping smartphone, given declining interest in Windows Phone from Microsoft and consumers alike. We may even see licensed to other smartphone makers before Microsoft uses them themselves. But regardless of their actual utility, these are pretty cool abilities that could inform the future of smartphone design.

What do you think of the pre-touch sensing system? Let us know in the comments below! Thanks for checking out the article and have a good week ahead.