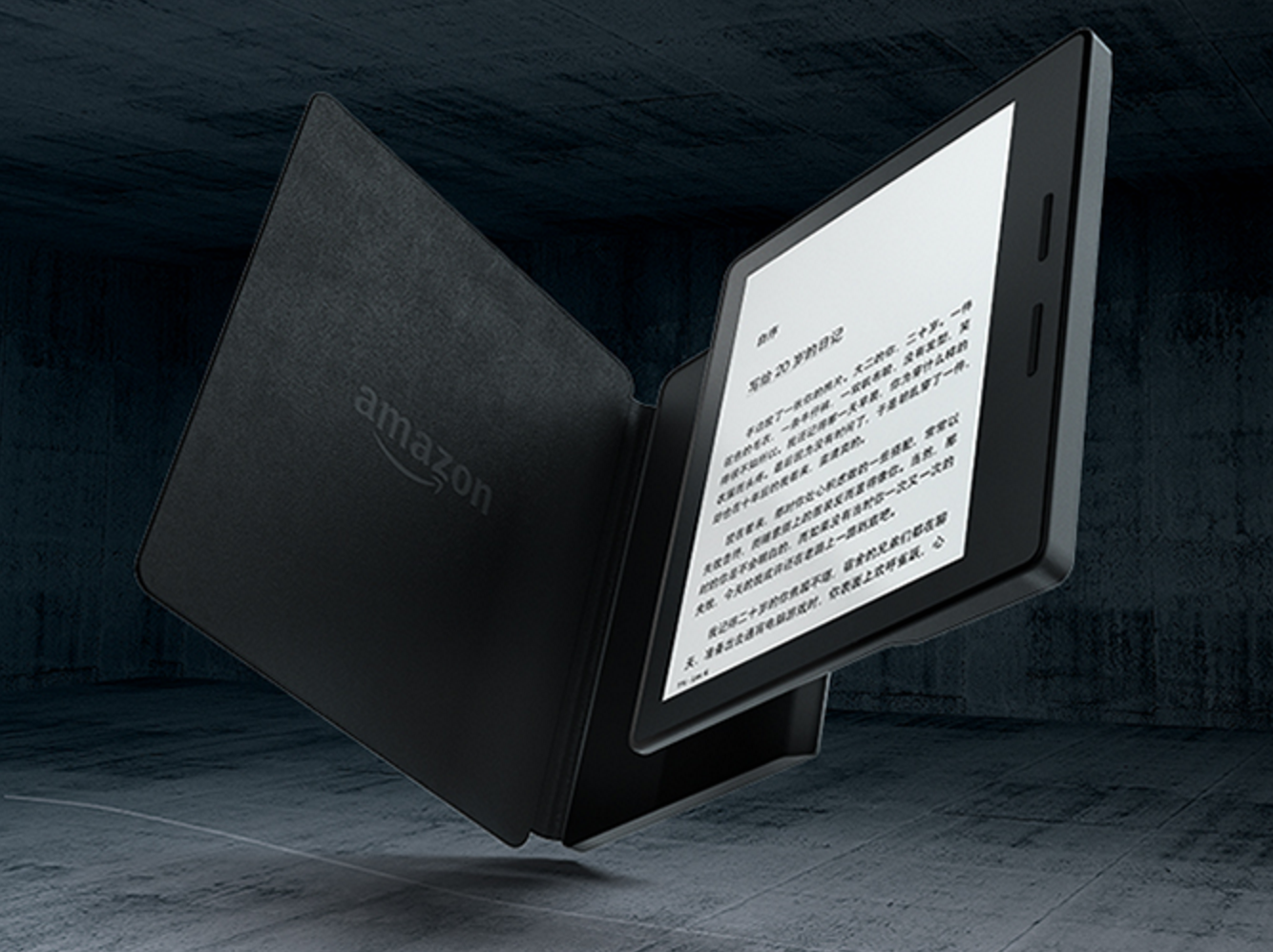 A new Kindle is coming to town! The Kindle Oasis has leaked out ahead of schedule, thanks to a post made to China’s Taobao shopping site. The new Amazon e-reader comes with an asymmetric design for one-handed use, improved LED backlighting and absolutely insane battery life. Take a look! 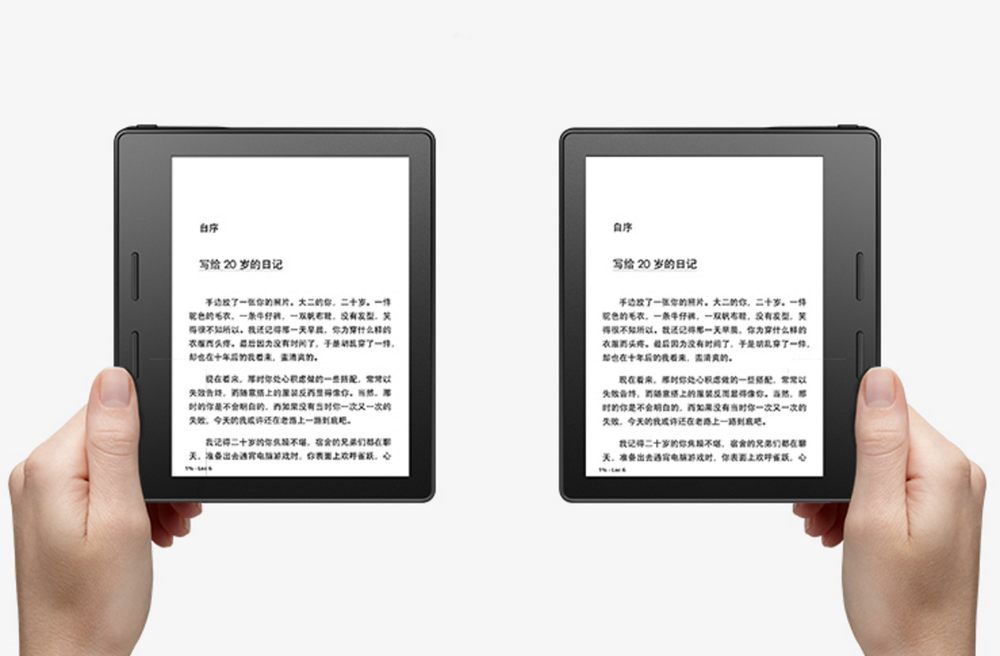 The first thing you’ll notice about the Oasis is the oversized bezel on one side of the screen, which has two buttons on it for flipping from page to page. This keeps your fingers away from the touch screen, and is generously proportioned to make one-handed reading easier. An integrated weight sensor allows the screen to rotate automatically depending on which hand it’s held in.

The Kindle’s display remains at 300 DPI, the same as the Kindle Voyage. It’s a little more evenly lit though, with Amazon packing in 60% more LEDs inside. The Kindle Oasis weighs about 130 grams, which is about 50 grams less than the outgoing Voyage. 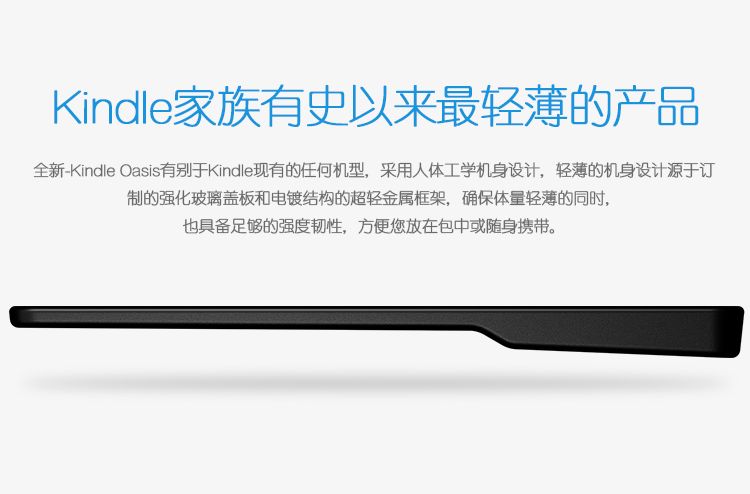 The wider side is also thicker than the rest of the Kindle, as it contains the majority of the electronic gubbins and battery. The difference in quickness is substantial too; the thin part is 3.4mm, while the thicker part is 8.5mm thick. Overall, the Oasis is about 30% thinner than past Kindle models. 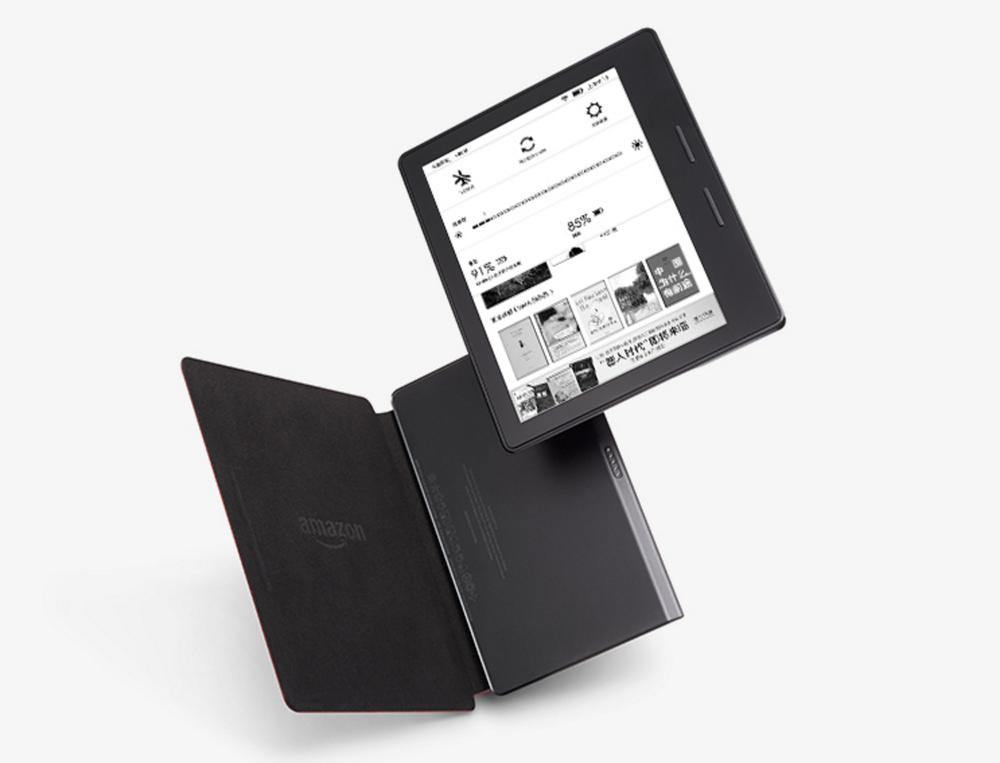 The standout feature of the new Kindle is its new battery case, which allows the Kindle to last for an absolutely bonkers 20 months of standby time; by contrast an iPhone 6S lasts for a third of a month on standby, and older Kindles typically last a month or two. The order of magnitude increase in battery life is also down to a new sleep mode, which will let the device stay in a low power mode for longer periods.

Charging is handled cleverly as well; both the internal battery and the case will charge together, but the case’s battery will be used up first after the Kindle is unplugged, then the internal supply. 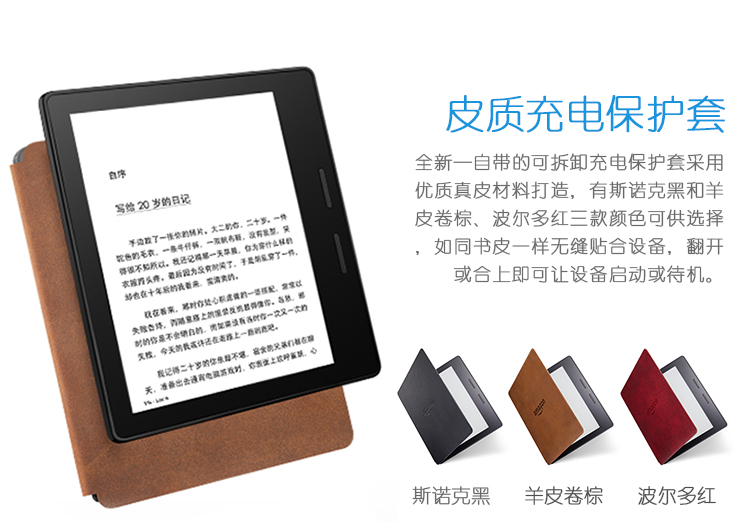 The case will be available in three colours — snooker black, parchment brown and Bordeaux red — and is made from genuine leather. It attaches and detaches easily, using an array of twelve magnets.

So — is this a credible leak? Well, Amazon CEO Jeff Bezos teased a new Kindle on Twitter recently, so there’s definitely something to come. All of the features sound reasonably achievable, even the insane battery life. And Amazon happen to own KindleOasis.com… so chances are pretty good that this leak is on the money!

What do you think of the new Kindle? Let us know in the comments below!