WiFi has never been more important than it is right now, but the technology has remained the same since the 90s. Sure, we’ve seen a few speed increases, but the actual experience of setting up, connecting to and maintaining a wireless network is still a big pain in the neck. When things go wrong, you have to crawl through a byzantine dungeon of web pages to tweak settings and peer mindlessly at the Blinkenlights to see if things have improved. Shouldn’t things be better? Enter Google, who are releasing a new OnHub router that promises to make WiFi as simple as it should be.

Out of the box, the OnHub looks like a needlessly fancy paper bin, or maybe one of those cylindrical free-standing Bluetooth speakers that are all the rage now. But turn it around, and you’ll see some telltale signs of technology tucked near the bottom: a power input, a couple of ethernet ports and a USB port. You plug these in as normal, but after that the setup experience becomes a lot more fun. 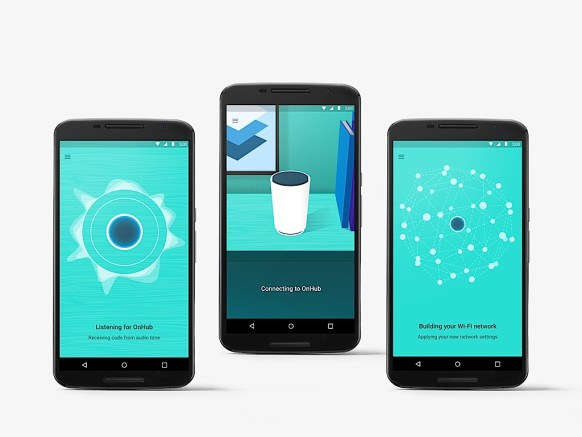 Instead of guessing an IP address – 192.168.0.1 – and navigating through a web interface designed in the 90s, you download the OnHub app onto your phone. You pair the phone with the router using a combination of WiFi and a tone played by the OnHub. You choose a network name and password, internet connectivity is checked, and you’re away. The entire process takes about five minutes, and doesn’t require any special networking knowledge; your parents or even grandparents could handle this.

Things remain easy afterwards, too. Using the app, you can see which devices are connected at a glance, and even prioritise certain devices in terms of bandwidth or latency. If you’re frustrated with your flatmates for torrenting when you’re trying to stream your shows or play games online, then this is a nice one-tap solution. You can share wireless network passwords with guests in-app too. There’s also a built-in speed test, which shows how fast your internet is both from your ISP to your router, and from your router to your device. There are also more advanced features for users that are comfortable with them, like port forwarding and DNS settings. 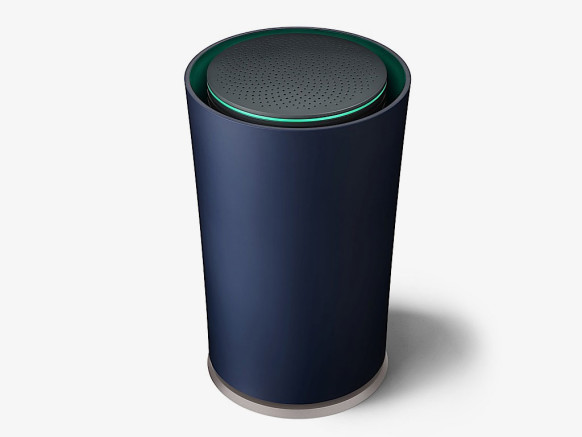 The OnHub produces a very strong and wide-reaching wireless network according to early reviews, capable of maintaining a strong signal even in very congested areas. That’s thanks to the 13 antennas bristling within, which produce an adaptive network on both WiFi N and WiFi ac on a single SSID. That’s a much more elegant solution than many other recent routers, which produce 2G and 5G networks on two separate SSIDs.

Google’s OnHub also supports home automation protocols, including Bluetooth Smart, Google Brillo/Weave, and IEEE 802.15.4. That’s not so helpful now, but as our homes become increasingly populated by smart appliances it looks like a sensible, forward-thinking inclusion. Of course, we’re likely to see more OnHub routers from Google (and its partners like Asus) in the months and years to come as well.

The OnHub router has already launched in the US and Canada, and will no doubt be making its way to British shores before too long. It retails for around $200 in the US, and should likely fetch a similar price in the UK – perhaps £150? It’s a high price to be sure, but if it lives up to expectations then the frustrating periods of router maintenance might finally cease… and for put-upon family nerds, that might make it worth the cost of admission.

What do you think of the OnHub? Let us know in the comments below.