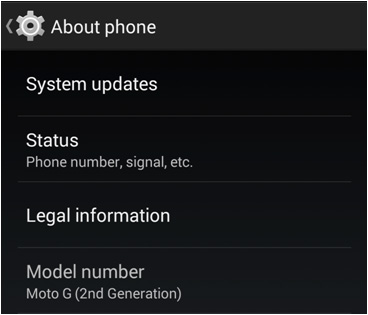 That’s a common question recently, as Motorola have released three versions of the phone so far, but they’ve kept the same name. In this brief article, we’ll show you how to find out how to identify your Moto G.

The easiest way to tell is to ask the phone itself. Go to Settings, then choose “About phone” near the bottom of the list. The Model number field shows you the answer. The first generation Moto G is simply called “Moto G”, while the second generation model is called “Moto G (2nd Generation)”. This trend continues with the third-generation Moto G, which is labelled appropriately in the Settings as well.

Check the front of the phone 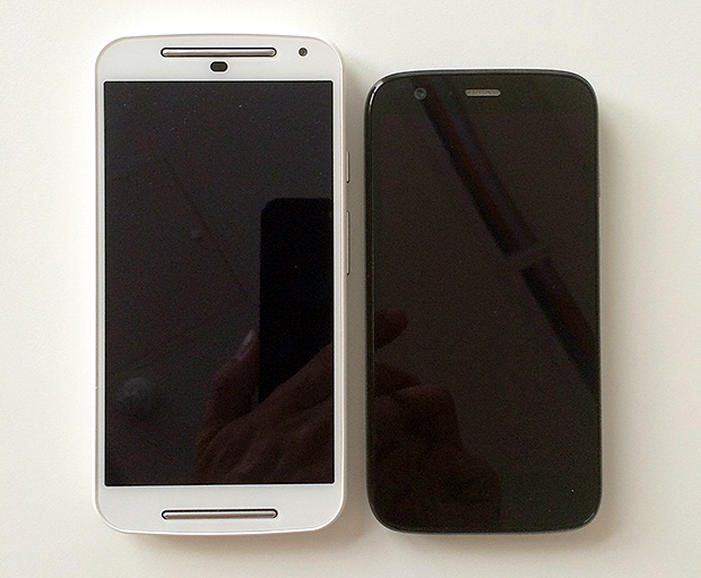 One easy way to tell apart the phones is their screen size. The second-generation Moto G has a larger five inch screen, while the first-generation model has a 4.5-inch screen. Another dead giveaway are the stereo speakers above and below the display. If you have them, then you’ve got the second generation Moto G. If you only have an earpiece on the front (and the speaker is on the back), then you have a first generation Moto G.

The third generation Moto G complicates matters somewhat – it continues the trend of having stereo speakers and a five inch screen. However, the new speakers are much thinner than their predecessors, taking up only about a third of the width of the phone (compared to over half). Another good indicator comes on the back of the phone. On the third generation device, you’ll see a metallic band that connects the camera and the Motorola dimple.

Now that you know what Moto G you have, you can choose cases and accessories that are made just for your phone. See our selection via the links below!