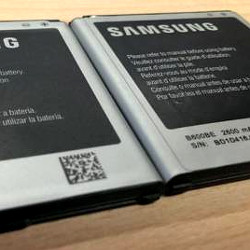 Do you have a Samsung Galaxy S4 or Galaxy S3? How old is your battery? If it’s more than a year old, you may have noticed that you get less battery life than you used to. This is normal for an aging battery, but can also be a sign of dangerous swelling. Here’s what you should check for, and several replacement options for the Galaxy S3 and S4.

Users across the world, but particularly in Europe, have been reporting cases of the expanding batteries in their Galaxy phones. These batteries swell up, sometimes even preventing the battery cover from fitting on the phone. This is a fairly serious issue, as these batteries have the potential to burst and leak the noxious chemicals inside. Thankfully, it’s usually easy to spot – your battery will have a swollen area instead of the perfect rectangle it started life as.

Even if your battery isn’t noticeably larger, you may want to check it anyway. XDA Forums member axlinside has reported that Samsung have identified Galaxy S4 batteries with serial numbers beginning BD1D and with a date in the range of 401 to 529 as being likely defective.

Batteries lose their effectiveness quickly as they age 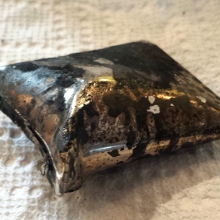 Of course, old batteries aren’t just more likely to explode. They’re also likely to have been worn out through use; a typical Lithium-ion battery will lose about 20% of its capacity per year – and if your battery is often at higher temperatures, that loss could be as much as 35% per year.

In any case, replacing your battery is much easier on the Galaxy S3 and Galaxy S4 that it is on many other popular phones, which typically have the battery glued or screwed to prevent user access.

Here are three of our recommended battery replacement options for the S3 and S4:

This option simply is a new, fresh replacement battery for the Galaxy S3. You’ll return to the same 2100mAh battery provided by your S3 out of the box, while retaining the slim form factor of the handset. This is also the cheapest option available. 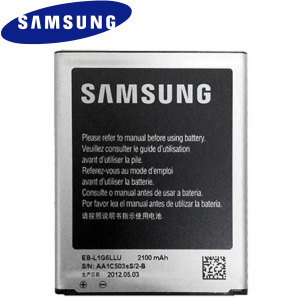 A more tantalising option is this extended 3000mAh battery for the S3. Again, it’s made by Samsung themselves so you can be assured of perfect compatibility. This time around though, that extra capacity is tempered by a slightly thicker phone once the replacement rear cover and battery are installed.

This option augments your existing S3 battery with a second 1500mAh battery embedded in the PowerSkin case. That means you’ll be looking about 3200 mAh of total capacity, assuming your year-old battery has lost 20% of its original capacity. If you have an older battery, then the Samsung Extended Battery looks like a better bet, while the PowerSkin is slightly better the more recent your battery is. 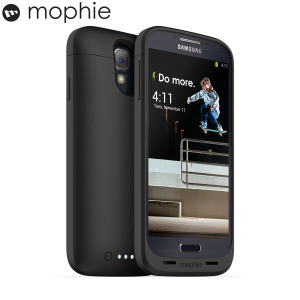 The first and simplest option is to get a fresh battery identical to the one that came from the phone. Unsurprisingly, that battery comes directly from Samsung and provides 2600mAh worth of capacity.

Another option is to replace your original battery with one of a much higher capacity. One well-rated option is this extended battery from Mugen, which brings your capacity to a whopping 5500mAh. That requires a noticeably thicker phone, but the increase in longevity should be worth it.

Our last option is to add an external battery case to the ailing internal battery. The Mophie Juice Pack is the nicest battery case I’ve ever seen, and adds 2300mAh of additional battery capacity to your total reserves. This allows you to remove the case when the extra capacity isn’t needed, and provides good protection as well.

Thanks for checking out our Galaxy S3 / S4 battery guide. Have a great day and let us know what you thought of the article in the comments below.