The Nexus 7 is proving to be one popular little tablet and after reading the reviews it’s easy to see why. I’m still waiting for mine to arrive, so I’m pretty jealous of you if you already have yours.

For me it’s not just about what the Nexus can do though, there’s a bunch of cool accessories available and as three is the magic number, here’s the three Nexus 7 accessories I’m loving at the moment. 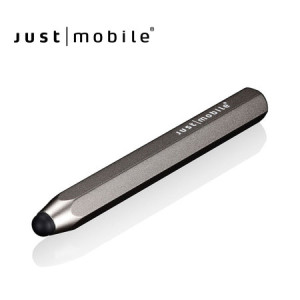 I’ve been a little obsessed with stylee (that’s what I call more than one stylus) since the days of Draw Something and I fully intend on getting a new one especially for my Nexus 7.

I’m really liking the look of the Just Mobile AluPen Stylus. I like the fact that it looks like a chunky pencil so it’s going to be very comfortable to use and easy to hold – so great for use when typing out an email or playing apps.

What I really like about this Nexus 7 stylus though is that because of being made from aluminium it looks really professional and high quality, so it’s perfect for work too. This also means that it isn’t a flimsy stylus so it won’t get damaged rattling around in my handbag.

Using a stylus really helps in increase the accuracy when working with a tablet and a phone, plus it stops those annoying fingerprints from littering the screen. That’s a win/win in my books. 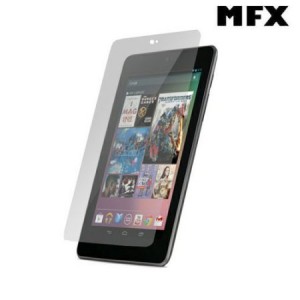 It’s easy to forget how important screen protectors are to the protection of our devices and the Nexus 7 is no exception. So the second accessory on my list is a Nexus 7 screen protector.

The MFX Screen Protector pack comes with a whopping five screen protectors, which help to protect the display of the Nexus 7 from daily wear and tear, especially from scratches and dust.

Even better the screen protector stops fingerprints from messing up the look of the display, so you don’t have to constantly wipe it and it stops any dirt from getting to the screen. We all like a clean screen! 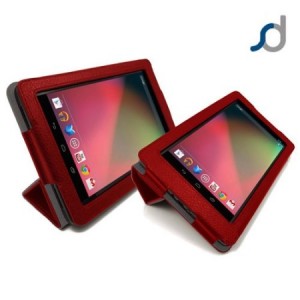 The final accessory in my run-down is the SD TabletWear Smartcase. Doing exactly what it says on the tin, this case protects the Nexus 7 from daily damage and wear and tear, all whilst being super smart thanks to the front cover.

One of my favourite Nexus 7 cases because of its bright, bold style, the SmartCase uses the front cover of the case as foldable stand when the Nexus 7 is in use. This means the tablet can be sat at the most comfortable angle for typing, swiping and streaming media: then when the tablet isn’t in use, the display is protected by the front cover, so it won’t get damaged.

The SmartCase uses an interior velcro strap to ensure that the tablet stays in place, so doesn’t get damaged when on the go.  It has all the cut-outs for the ports and features too so you don’t have to constantly remove the Nexus 7 every time you want to charge it.

It’s smart, sleek and available in a range of colours, my favourite being the red one.

So these are my current three favourite Nexus 7 accessories, but which accessories would make your top three?  Let us know through the usual channels!

One thought on “My three favourite Nexus 7 accessories”