It’s been almost a month since we first broke our story about the iPhone 5’s new shape on this blog. In that time, we’ve heard some fresh new rumours about the iPhone 5, and we’ve even gotten a few new shots of an interesting looking iPhone 5 case. Let’s have a look at that new case then!

While iPhone cases have used hexagonal elements before, they’ve never been quite this big. The design leaves quite a lot of the phone’s back plate visible. This is unlikely a technical requirement (as we haven’t seen this in iPhone 5 cases before) but it could speak to the increased strength of the back plate (and therefore a return to metal). 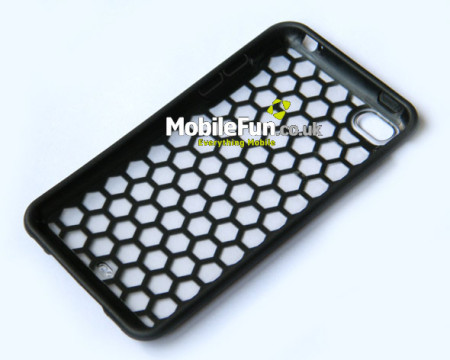 More importantly, the iPhone 5 case shows that same rounded design reminiscent of the iPhone 3, which seems to be almost a certainty for the iPhone 5. As you can see in the image below, there’s more evidence of the mute switch’s side swap, with that toggle now operating on the same side as the iPhone camera.

Speaking of the iPhone camera, you can see that the dual flash rumoured by some outlets has still failed to materialise, and looks unlikely to at this stage.

Curiously, near the bottom of the phone what looks to be a small twin LED or glass chamber of some kind. You can see it fairly clearly on the image above; what do you make of it? 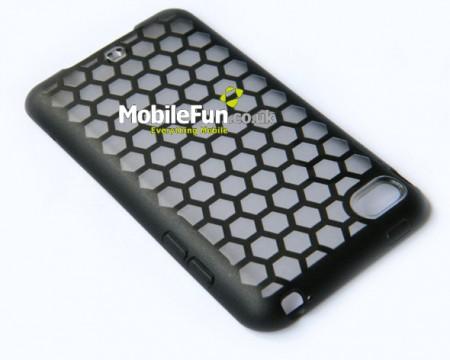 On this final image, we get a good look at the side bumper buttons. It does look like they’ll remain physical buttons due to the design of the case, and the shape fits the traditional ‘rocker’ design more than the iPhone 4 style of having separate buttons.

That’s all for now. If you’d like to share your thoughts on this latest case reveal and the iPhone 5 accessories, please let us know via the social media channels below. Thanks!