In an unusual twist, Nokia seem to be producing accessories for phones made by other people. The Nokia SU-36 is a stylus for Touchscreen handsets that use capacitive displays. You might think this isn’t anything special, but Nokia currently only produce one handset that has a capacitive screen – the Nokia X6.

What’s more unusual, is that on the Nokia website, they’re promoting this as an accessory for the iPhone, HTC Hero and a number of other smart phones. Other handsets that will work but aren’t listed include the HTC HD2, HTC Desire and Nexus One. 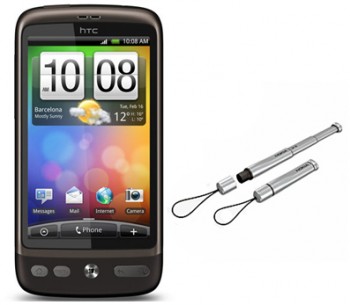 It’s not unusual for Nokia’s accessories to work with other phones, but it is unusual for them to advertise it.

As for the stylus itself, it’s a compact, retractable stylus that works on phones where a traditional stylus doesn’t. For more information on why they don’t work, read my post on using a stylus with your touch screen phone.

The Nokia SU-36 is available to pre-order now with stock due to arrive in the coming weeks.