Noise cancelling Bluetooth headsets are all the rage at the moment, with almost every manufacturer promoting this as the latest must have feature. Not all headsets live up to the hype and with no clear definition of ‘noise cancelling’ it’s easy for most headsets to carry this badge.

Jawbone were the first company to really do anything with noise cancellation with their original headset and since then they’ve been facing some stiff competition from the likes of Jabra and Motorola. As three of the biggest names in Bluetooth headsets I thought I’d put the latest creations from each of them up against each other to see how well they performed, so I got my hands on a Motorola HX1, Jawbone Prime and a Jabra Stone and put them to the test.

As nice as the Jabra Stone and Jawbone Prime look, the fact that they have no physical buttons does make using them a little tricky. Both the Prime and the Stone only have one ‘does all’ button and neither of them are as easy to find as the answer button on the Motorola HX1 – especially when you’ve got it on your ear and are concentrating on driving. Turning the headsets on is a case of holding down the answer button on the Prime and the Stone, whereas the HX1 has a sliding power switch that makes it almost impossible to turn the headset on accidentally

You can adjust the volume on the other two headsets, the easiest by far is the HX1 as it has a dedicated volume button on the side of the headset with raised markings that let you know which is volume up and which is down. The Jabra Stone was a little unusual to adjust as it’s touch sensitive. Slide your finger up to increase the volume, slide it down to decrease it. It worked well, but there was a slight delay which meant that the volume jumped up rather than gradually increasing and meant that I needed to turn it down again. 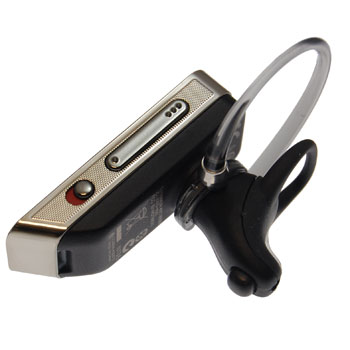 Call management is the same on all of the headsets, with each supporting last number redial, voice dialling, answer/reject/end. It’s worth mentioning here that the Motorola HX1 is the only headset with voice prompts. This is where the headset speaks to you to let you know what it’s doing. It will confirm when it’s connected, which phone it’s connected to, provide pairing instructions and let you know how much charge is left in the battery.

Best Headset for controls and ease of use:  Motorola Endeavor HX1

To test the quality of the microphones and noise cancellation, I made a test call while driving with the stereo on to my own voicemail. This meant that I could listen to each one back myself, rather than making someone suffer three test phone calls. It also meant that I could listen to the audio back through the same headset and test the audio quality.

First up was the Motorola Endeavor HX1. Even though this is the largest and most expensive headset of the three I wasn’t expecting much from it. I’ve used Motorola headsets in the past and have never really been that impressed by them, but I was amazed by just how clear the HX1 was (with Stealth Mode turned off). When I listened back to the call it was clear and sharp, no interference and you really wouldn’t have known that I’d left the voicemail using a Bluetooth headset. The noise cancellation worked brilliantly. I had the radio on quite loudly in the car and you couldn’t hear it, in fact you couldn’t hear any engine, road or wind noise either. Just my voice, loudly and clearly. 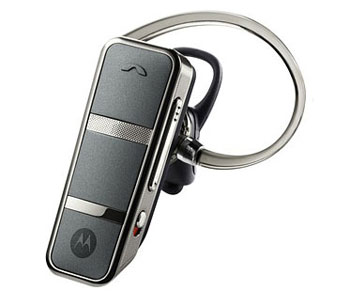 I made a second test call from the HX1 with Stealth Mode turned on, but didn’t find it to be all that great. To be honest I could barely hear what was being said, but that might be because the headset wasn’t positioned correctly. Given how well the headset performed without stealth mode, I’m not convinced that you’ll ever need to use it.

The second headset was the Jabra Stone, I noticed straight away that it’s a lot lighter and smaller than HX1. It’s a comfortable fit, even if it doesn’t feel as snug as the Motorola. The headset seemed noticeably quieter than the previous headset and I had to turn it right up to hear the call. Audio sounded a little more muffled than on the HX1, like the microphone was further away. You could still hear bits of the radio in the background as well as the hum of the engine, although this wasn’t loud enough to disturb the conversation. 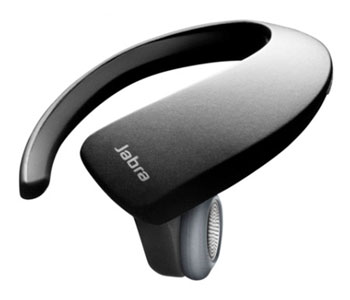 Lastly was the Jawbone Prime. Of the three, this was the one that I was expecting to be the best, but was surprised to find that it was the least clear of the three. My voice sounded a little distorted and almost robotic at times. You could still hear the radio and some road noise in the background and instructions given to me by the network before leaving a message also sounded a little muffled. The volume level was also quite low, and as mentioned before, the lack of volume buttons meant that I had to adjust the volume on my phone – not ideal when driving. 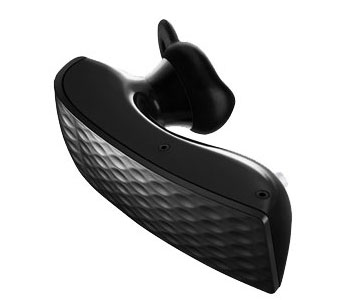 While some of them were a little muffled, it’s worth pointing out that even though the sound may not be 100% clear, you can still hear every word that is said, unlike standard bluetooth headsets that don’t have dual microphones and noise cancellation. Any of these three will be a massive improvement over previous generations of Bluetooth headsets.

If you’re buying a Bluetooth Headset, chances are you spend a lot of time in the car. As you’re likely to be wearing your headset for long periods it’s important to get one that’s comfortable. Of the three that I tried, none of them really stood out as they are all as good as each other. The Jabra Stone is the lightest and as it sits over your ear you could easily forget that you’re wearing it, but the fact that it can only be worn on the right ear might not suit everyone. 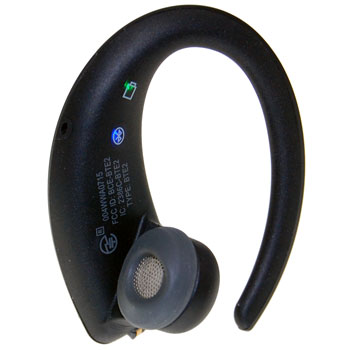 The Motorola HX1 and the Jawbone Prime can both be worn in the ear or over the ear. I prefer over the ear as there’s less chance of it falling out. The HX1 did seem to fit a bit better than the Jawbone though. More of the headset sits in your ear canal and with the added weight it just feels more solid and sturdy. The Jawbone Prime is still a good, comfortable fit and stayed in place even with the ear hook removed.

Motorola Endeavor HX1 – The HX1 features Bone Conduction technology and is activated when you turn on ‘Stealth Mode’. This is where the headset detects vibrations in your ear canal and then converts this to sound. Designed to be used in extremely noisy environments, Stealth Mode turns off the two standard microphones and instead relies on sounds that it picks up using Bone Conduction.

Jawbone Prime – The original Jawbone headset only worked if the Voice Activity Sensor was touching your face. If it wasn’t, then the audio quality was a bit hit and miss. With the Jawbone Prime, they’ve done away with the need for it to be touching your face and added an extra microphone and improved the software to help separate your voice from any background noise. 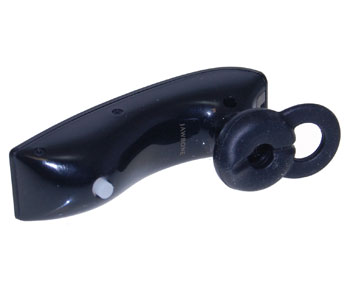 Jabra Stone – The Stone doesn’t make as much of a song and dance about noise cancellation as the other two do, instead they focus more on the style and the touch sensitive controls. The Stone was named because of how it looks when it’s docked in it’s charging base. As well as being a standard charging port, it doubles up as a portable charger for your headset. It can charge the headset 3 times before it will need to be connected to a power supply and is a great way to keep your headset safe when it’s in your bag.

Battery life on all three headsets is pretty good, but in order to get the times listed below for the Jabra Stone, you’ll need to charge it using the portable charging base – without it you’re only looking at 2 hours of talk time and 60 hours standby. Both the Motorola HX1 and the Jabra Stone uses the standard Micro USB charger where as the Jawbone Prime uses it’s own unique connection. If your phone also uses Micro USB for charging you can use your existing mains/car/USB charger with both the Stone and the HX1. The headsets come with the following charger in the box:

If you’re still undecided on which headset of the three to go for, here’s a quick summary of all their main features.

Price wise there’s currently just over £10 separating them and in terms of spec and features they’re all pretty closely matched. Taking everything into consideration, I’d personally say that the Motorola Endeavor HX1 outperforms the Jawbone Prime and the Jabra Stone. The HX1 is the more expensive one of the three, but the better quality audio and increased battery life make it worth the extra money. Motorola have had a tough time over the last few years and it’s great to see them producing some great accessories again.

Prices correct as of the date of this post. Pricing and availability are subject to change