Nokia have been a little quiet when it comes to new handsets recently but over the last week or two things are starting to pick up. This week, the Nokia X3 was finally released and our first batch has just arrived. The X3 is only the second handset from Nokia’s new X-Series range of handsets, and given it’s relatively low price point I thought I’d take a quick look at the Nokia X3. 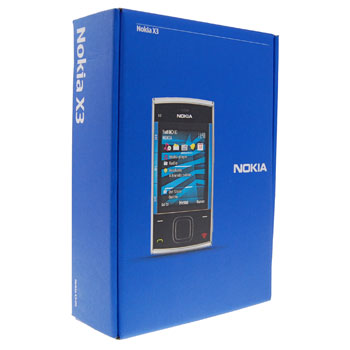 Given the price I wasn’t expecting too much in the box with the Nokia X3, but I have to admit I was pleasantly surprised to find that the phone comes a number of accessories. Included with the Nokia X3 is a Nokia AC-8X Mains Charger, a Nokia CA-101D Micro USB Data Cable, Nokia WH-205 Stereo Headset in white and a Nokia BL-4CT Battery. Also included is a quick start user manual and the new Ovi Suite PC software. 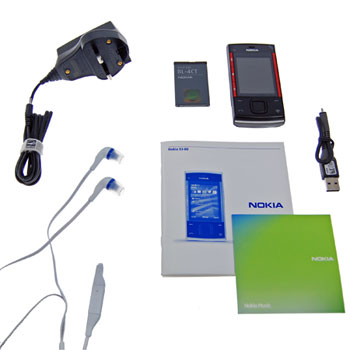 What's included with the Nokia X3

X-Series are clearly aimed at those who listen to music on their phone. There are dedicated music buttons on the side of the screen that can launch either your MP3 player or FM Radio. This makes changing tracks a lot easier. The homescreen on the phone has also been given a refresh with shortcuts to the Media Player, Ovi Store and Messaging. In order to use the phone for music, you have to store your tunes on a memory card as the internal memory on the phone is quite small. The Nokia X3 comes with only a 2GB memory card, so you’ll want to upgrade that to a larger one as soon as you can. The Nokia X3 supports 4GB, 8GB and 16GB Memory Cards. 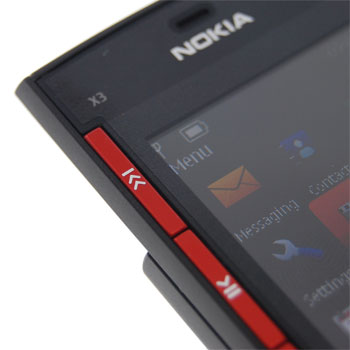 The Nokia WH-205 headset that’s included is a nice upgrade to the standard headphones that you normally find in the box. They have soft eargels and come in three sizes, so finding one to fit shouldn’t be a problem. The headset features an inline remote that you can use to answer/end calls. When listening to music, pressing the button will skip to the next track. 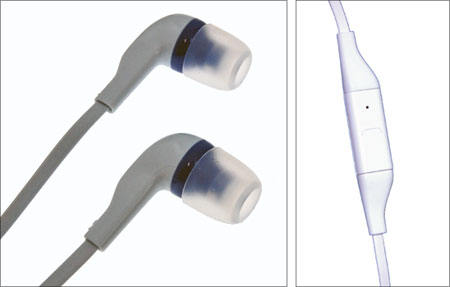 Of all of the accessories that are included, the one thing that I did find a little unusual, is the data cable. It’s about 4 inches long, so unless you’re using this with a laptop you’ll probably want to get yourself the full length Nokia CA101 data cable.

I like the X3. It feels well built and has most of the features that you’d expect from a modern mobile phone. It uses the same S40 menu system that you’ll find on handsets such as the Nokia 6300 or 6700 Classic, so anyone upgrading from a previous Nokia will have no problem in using it. 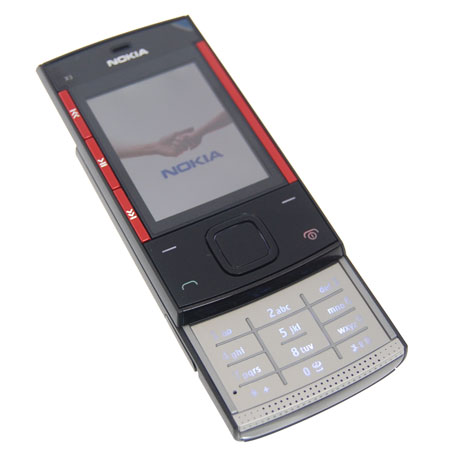 Set up is pretty easy, Internet and Picture messaging are pre configured, although the markings on the phone that show which way round to insert the sim aren’t very clear and might cause you to put it in the wrong way round. 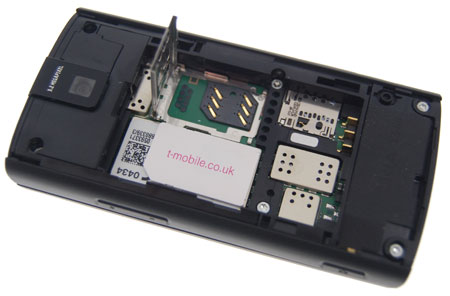 Check which way round you put the Sim Card

The Nokia X3 is a smart looking handset that’s simple to use and wil no doubt prove to be very popular, but is facing some tough competition from both the Samsung Tocco Lite and the Samsung Genio Touch. 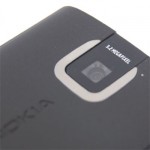 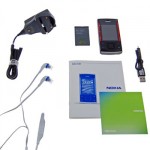 What’s included with the Nokia X3 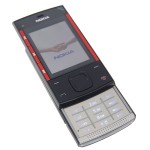 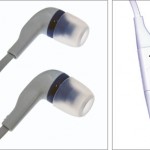 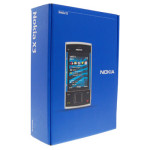 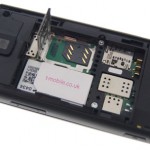 Check which way round you insert the Sim Card 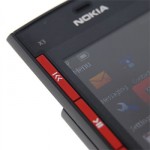 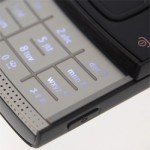