A new Surface is coming soon, if recent leaks are any indication. Windows Central spotted a Bluetooth keyboard in Surface colours passing through an American regulatory organisation, named as the Surface Ergonomic Keyboard.

Here’s what the site described its discovery:

The keyboard is thought to be a next-generation version of Microsoft’s previous Designer Bluetooth Desktop kit announced in March 2015, which includes a minimalist Bluetooth keyboard and mouse.
In this exclusive Microsoft promo image we can see the new Surface Keyboard

We obtained through sourcing a new Microsoft promo image where you can see the new gray colored keyboard that presumably matches the magnesium coloring of the Surface series. The keyboard layout is also slightly different from the existing Designer Bluetooth Desktop kit suggesting this is not just a coloring change.

Furthermore Windows Central attest that the Surface-branded keyboards will be announced this month, even as early as this week. With Google’s Pixel event wrapped up, this could be good timing for Microsoft.

Of course, the keyboard alone isn’t that exciting — but it suggests that new Surface devices aren’t too far off. A second-generation Surface Book, a new Surface Pro and even a Surface all-in-one are expected to be announced this year, and there’s even an outside possibility for a Surface phone to make an appearance following the death of the Lumia line. 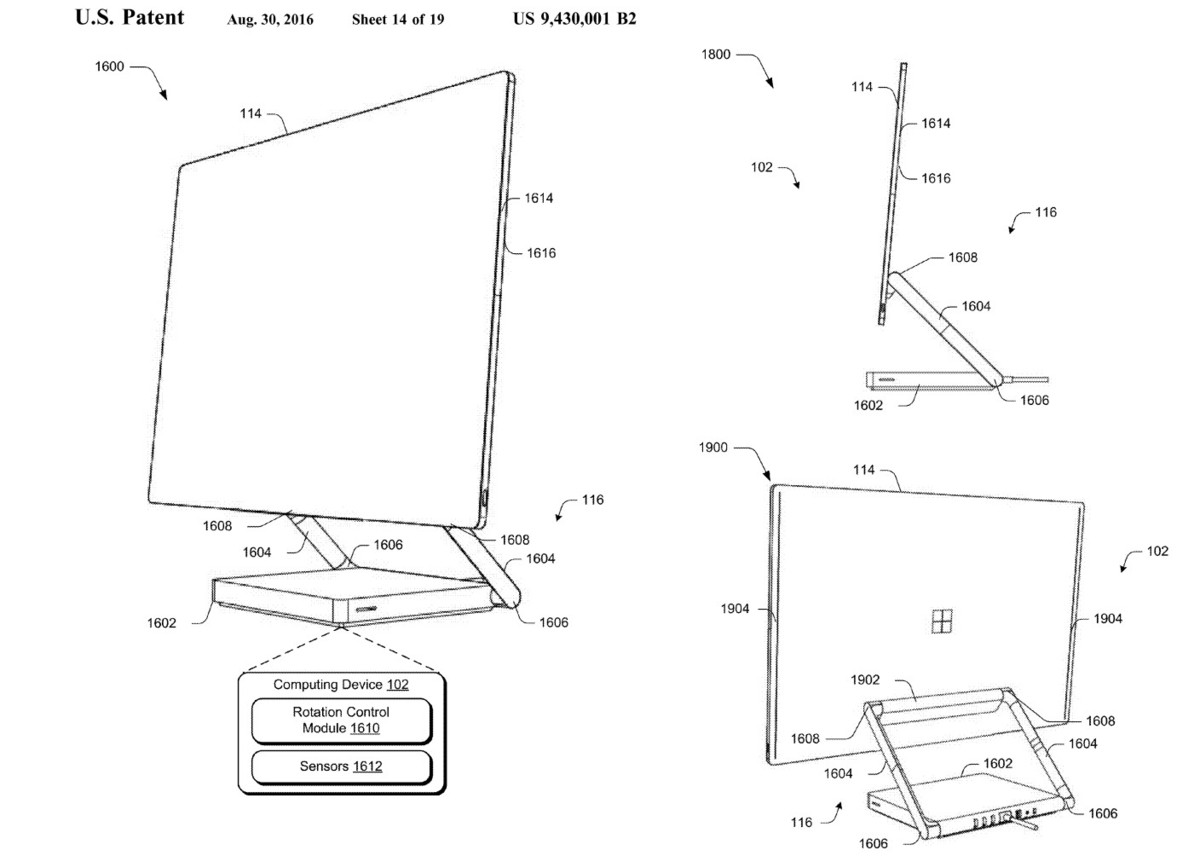 The keyboard would most likely be paired with the all-in-one, which was spotted by MSPU in a patent filed by Microsoft earlier this year. The patent shows a Windows-branded slim monitor, supported by two tiny arms atop a slim book-sized PC. Windows Central suggest that the device will come with a 27-inch 4K display, but it’s not clear what the other components will be.

Interestingly, the patent also suggests that the device will be modular in some way, a trend we’ve seen increasingly in the mobile space. Microsoft mentions the inclusion of ‘stackable components, rechargeable battery, voice, pen, touch and even gesture interactions through a built-in camera.’ Regular desktop PCs have always been highly upgradeable, so it’d be interesting to see if Microsoft are able to leverage that strength for (notably un-upgradeable) all-in-ones.

What do you think of the story? Let us know in the comments below.