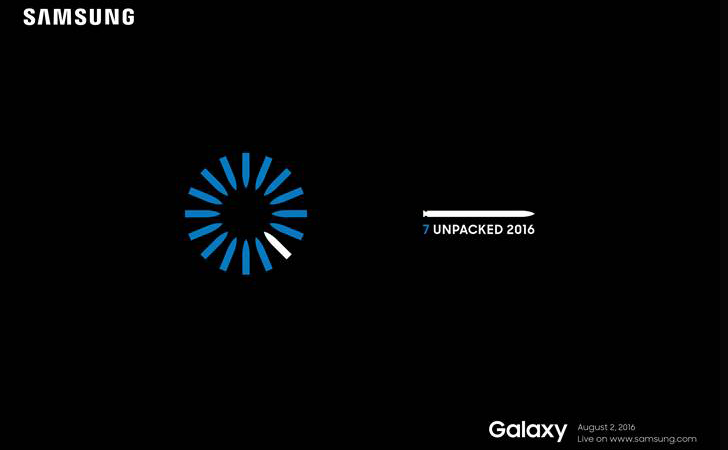 Twenty days. That’s how long you’ll have to wait until Samsung unveil their next Galaxy smartphone, the Note 7. The Korean chaebol sent out invitations to press outlets earlier today, announcing events in New York City, Rio de Janero and London at 11AM EST (that’s 4PM BST).

The invitation itself has been the subject of much scrutiny, as these things so often are. The circular element on the left side appears to be an eye, which hints towards the iris scanner rumoured to be included on the Note 7. Counting from the top, the 7th pin is highlighted in white. The same number also appears on the right side, just before Unpacked 2016. This side is plainly a stylus, the Note’s best-known feature. Together, the two elements form a winking face (0 –), suggesting there’s more to come.

The invitation then is consistent with what has been leaked about the Note 7 so far. Looking at this high-quality render, sourced by Evan Blass of VentureBeat (and @evleaks fame), we can see an extra front-facing aperture that could be the iris scanner. The end of the stylus is visible at the lower right corner (when viewing the phone from the front), and of course the phone is named on the back. 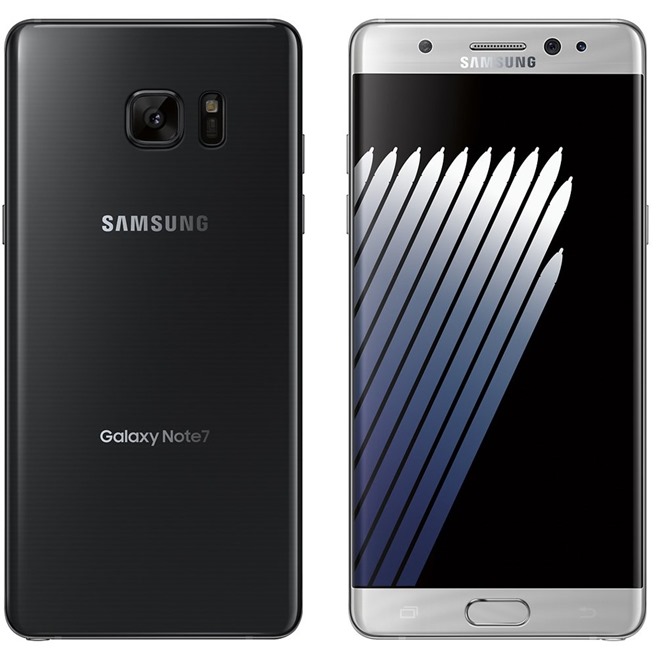 Other expected specifications include a 5.7-inch QHD display with two curved edges (a la the Galaxy S7 Edge), a 12-megapixel camera, a capacious battery, a Snapdragon 821 processor and a memory card slot compatible with both Micro SD and the recently announced UFS Card.

What do you think of the Galaxy Note 7? Will you be looking to pick one up if the price is reasonable? Let us know in the comments below, or write to us on Twitter or Facebook. Thanks for checking out the article and we’ll see you next time with more smartphone news, reviews and accessories!