The first 3D phone to be released which doesn’t require glasses, the LG Optimus 3D promises to change the way in which we use our smartphones in the future.  Allowing you the option to switch between 2D and 3D seamlessly, the Optimus 3D uses technology called the parallex barrier to create its 3D effect.

Battery power is an issue every smartphone owner faces, as there’s nothing worse than reaching lunch time and seeing that your battery is on red.  If you’re anything like me you then sit and watch your battery power crawl down all the way to 5%, then panic sets in.

A great idea to overcome this is to invest in an LG Optimus 3D battery, which you can then swap out with your old battery once it runs out of battery.  This way you get twice as much battery power without adding any bulk to your handset and you get to avoid the panic of low battery life. 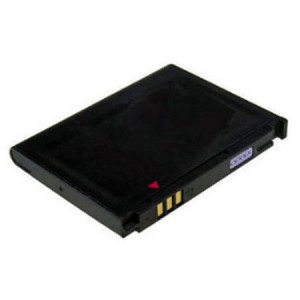 Every handset deserves the protection a good screen protector has to offer and the Optimus 3D is no different.  Martin Fields have released an LG Optimus 3D screen protector which not only protects the screen from scratches, but is also anti-glare and washable.

The super thin screen protector allows you to have a crystal clear view of the handset’s impressive display, which protecting it from the damage that day to day activities and dust can cause.

Another great feature of the Martin Fields screen protector is that it can be washed and re-applied meaning it lasts longer and any impurities which may appear on the screen protector can be removed. 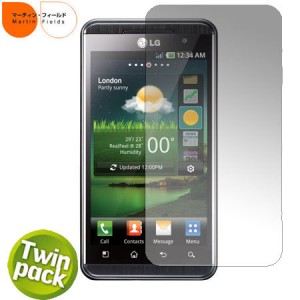 One of the official LG Optimus 3D cases available, the CCH-140 prides itself on looking great yet being multifunctional.  It’s made from a tough TPU material which offers durable protection to the back and sides of the handset, whilst still looking stylish.

The great feature about this case is that it has an integrated kickstand, making viewing media and surfing the internet much more comfortable, as you can use your phone in both portrait and landscape viewing modes.  Once you’ve finished with the kick stand it simply snaps back into your LG Optimus 3D case, providing a flush finish.

The case has cut-outs for the camera and various other ports meaning that it remains fully functional whilst in the case. 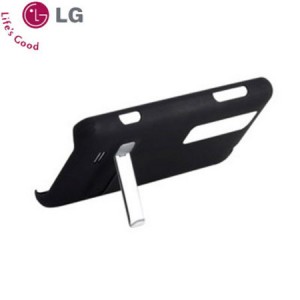 A staple for those who frequently travel, this LG Optimus 3D car holder is designed to firmly hold your smartphone whilst been able to be positioned at a variety of angles.

The car holder allows for a full 360 degree rotation, meaning that it can be placed in a position which is both comfortable and legal whilst driving.  The base of the unit can be attached to practically any flat surface, meaning it can be mounted to both the windscreen and dashboard of your car; which ever is more comfortable for you.

Easy to attach and remove, the LG Optimus 3D car kit is built specifically for the Optimus 3D so you can be sure of a perfect fit and functionality. 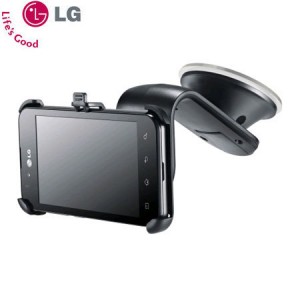 The newest member of the Case-Mate family, the Case-Mate Pop features a unique built-in kickstand and has the style to rival any LG Optimus 3D cover on the market.

The Case-Mate Pop cover provides unbeatable protection to the back, sides and even the screen of your handset; as it features a slightly raised bezel which will protect the screen if the phone falls face down.

Unlike many other LG Optimus 3D covers, the Pop cover has a patterned interior that absorbs shocks; which combined with the high gloss plastic shell provides complete protection from bumps, scratches and drops.

Similar to the Official LG kickstand case, the Case-Mate Pop has a kickstand on the back of the cover, which can be ‘popped’ out and used at either a portrait and landscape angle.  This makes viewing media, surfing the internet and playing games more comfortable.  Once you’ve finished with the stand you can simply push it back into the cover, where it becomes part of the case.

As with other LG Optimus 3D cases and covers, the Case-Mate Pop contains all the cut-outs needed to keep the handset fully functioning whilst its in the cover. 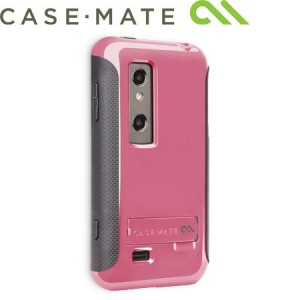