The Samsung Wave isn’t out yet but it’s already creating quite a stir. Not only is this the first handset from the Korean manufacturer to run the Bada operating system, it’s also the first handset to have a Super AMOLED Display – If you’ve not seen how amazing the screen is on this phone, then take a look at the Samsung Wave Hands on video on YouTube. 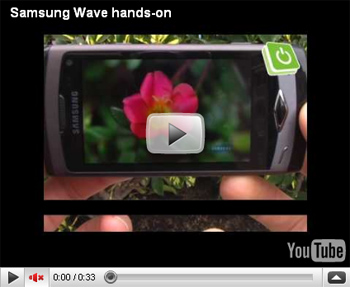 If you’ve got, or are getting the Samsung Wave, you’re really not going to want to scratch that display, so along with a Samsung Wave Screen Protector, a case will be the first accessory that you buy for it.

A lot of manufacturers are still tweaking their final case designs, but I thought I’d take a quick look around and see what’s available for the Samsung Wave, as well as give you a heads up on some of the other cases that we can expect to see in the not too distant future.

Most of the Samsung Wave Cases listed below are available to pre-order now with stock due around the same time as the handset launches. All images shown below are subject to change as the manufacturers may make last minute changes to the final design.

This style of case first made it’s appearance on the original F480 Tocco and is extremely popular. Although it looks like it just protects the front of your phone, these cases also incorporate a replacement back cover for your Wave. Your existing battery cover is removed, and this case takes its place. It’s a slim, hard-wearing case for your Wave that looks great and will no doubt be incredibly popular. 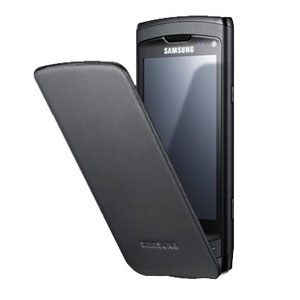 A silicone case is one of the simplest, most affordable ways to keep your phone looking like new. The style of the case is still being finalised, but there isn’t normally that much difference between them. Silicone Cases cover the back, sides and corners of your phone and protect it from minor knocks and bumps. The keypad is normally covered, but the screen isn’t, so a screen protector is a must.

Samsung Wave Silicone Case are available to pre-order now in Black or Ice. 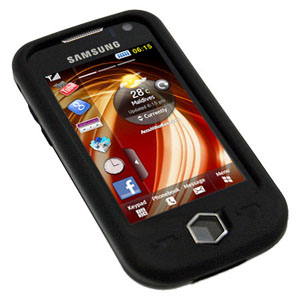 FlexiShield Skins are very similar to silicone cases, but much, much tougher. They’re made from a strong but flexible transparent gel that gives your phone more resistance to being knocked or dropped. Like Silicone Cases, they cover the back, corners and sides of your phone, leaving the front fully accessible. Again, the screen isn’t covered so you’ll need a screen protector to make sure the screen of your Wave stays looking like new.

Samsung Wave FlexiShield Skins are available to pre-order now in Black or Clear. 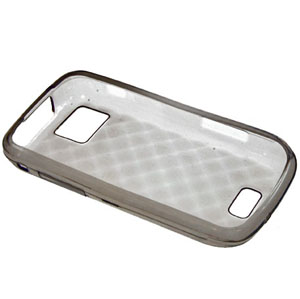 InvisibleShields are still one of the best ways to protect your phone. They’re made from a tough, thin plastic film that covers pretty much all of your phone. The film has been vigorously tested and can withstand scratches from hand drills, screws, nails and being kicked across the floor (although we wouldn’t suggest trying it for yourself). They can be removed from the phone in no time at all and it won’t leave any sticky residue behind either. They add little/no bulk to the Samsung Wave and can be used in conjunction with most other cases and covers.

The Samsung Wave InvisibleShield is available to pre-order now. 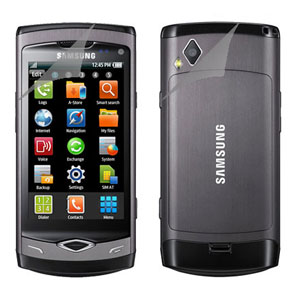 The Noreve case is one of the most stylish cases you can get for your mobile phone and it will make your Samsung Wave look fantastic. It’s a simple flip case made from high quality leather that uses a tension system to keep your phone in place, rather than a stitched pocket. We’re still waiting to hear on when these will be available, so look out for an updated post in the coming weeks with more information on pricing and availablity. The image show below is of the Samsung Jet and the final case may differ slightly from that shown here.

The Noreve Traditional A Flip Case for Samsung Wave will be available to pre-order shortly. 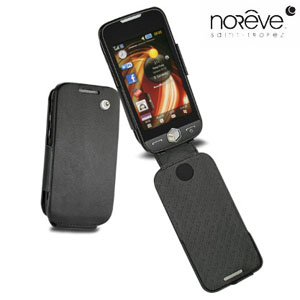 PDair are one of the most popular brands of case that we sell. They’re made from a high quality leather and are lightly padded to give your Wave as much protection as possible. The Flip case holds your phone securely in a stitched pocket and gives you full access to the screen, buttons and charger/headphone ports. It has a removeable belt clip on the back and a magnetic clasp to keep it closed.

The PDair Flip Case for Samsung Wave will be available to pre-order shortly. 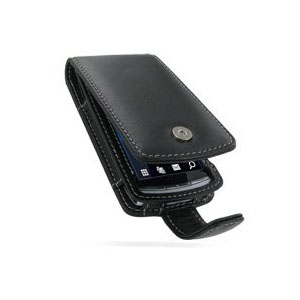 Another Wave case from PDair, this time a slip pouch that you slide your phone into. Vertical pouches have finger cut outs on the sides for easy removal of your phone and a sprung belt clip on the back.

The PDair Vertical Pouch for Samsung Wave will be available to pre-order shortly. 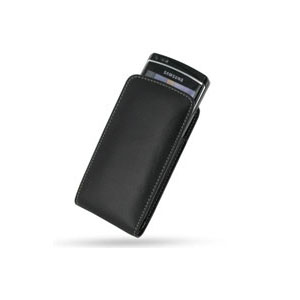 Remember, this is just a preview of some of the Samsung Wave Covers and Cases that will be available when the phone is released later this month. To stay up to date with any new cases, subscribe to the RSS Feed or take a look at our full range of Samsung Wave Cases.