Thereare a couple of  points that you’ll need to remember though, the iPhone and iPod Touch support the A2DP profile only. If you have an iPhone this means you can answer & end calls,  play / pause your music, but not control it fully.  If you have an iPod Touch 2G then you will be able to play / pause your music and adjust the volume, but you won’t be able to use these headsets with any of your VOIP apps (such as Skype) on your iPod.

In order for you to be able to control your music fully, the iPhone or iPod Touch would need to support the AVRCP profile – hopefully we’ll see this in a future software update from Apple.  Stereo Bluetooth is not available on the first generation iPhone or iPod Touch.

UPDATE: It appears that volume control when using a Bluetooth Headset is a bit of a mystery – it works on some headsets, but not on others.  We’ve tested the headsets shown here and listed whether or not the volume levels can be adjusted.

UPDATE: April 9th 2010 iPhone OS 4.0 was previewed yesterday by Apple and early development previews show that Apple have now included support for volume adjustment, but music controls still don’t work as the AVRCP profile still seems to be excluded. It’s a step in the right direction, but still not ideal. Hopefully this will change between now and the official release of iPhone OS 4.0 in June. Look out for an updated post nearer the time. 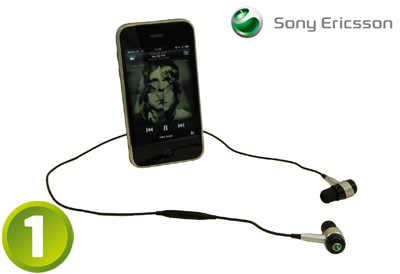 Sony Ericsson IS-800 Stereo Bluetooth Headset
These are without doubt my favourite Bluetooth Headphones, hence they’re at number 1 in my list. It’s incredibly small, and although it still has a wire, the IS-800 is pretty much the only headset that doesn’t feature a fairly bulky control unit. Instead this has a small, simple in-line control that allows you to answer and end calls. Battery life is impressive at upto 270 hours – especially considering how small this headset is. The IS-800 doesn’t support AVCRP, which in this case is a good thing as it means you’re not going to be paying for features that you can’t use. Volume levels are currently fixed when using this headset, but hopefully a fix from Apple is on the way. 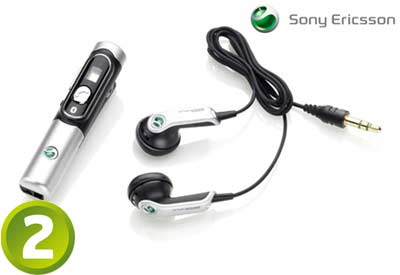 Sony Ericsson DS200 Stereo Bluetooth Headset
The DS-200 is designed to hang around your neck in a similar way to the Jabra BT3030. It comes with ‘in ear’ style headphones that can be replaced with any standard headphones with a 3.5mm jack plug. Battery life is great with upto 300 hours stand by and 6 hours of music play back, and an LCD Display will let you know when you’re running low. This headset allows you to control the volume levels by pressing and holding the play button. 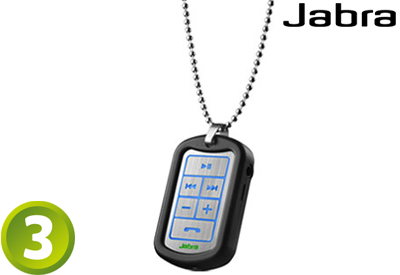 Jabra BT3030 Stereo Bluetooth Headset
The Jabra BT3030 is probably more suited to the iPod Touch than the iPhone.  The reason I say that is because the BT3030 is a Multipoint Headset – this allows you to connect to two devices at once, so you can connect it to your mobile phone and your iPod Touch to listen to your music, and when a call comes in, it will pause the music and answer the call from your mobile.  It hangs around your neck on a chain or can clip to your belt or pocket, and can be used with any 3.5mm headphones.  Volume control on the BT3030 is not a problem, press the ‘+’ or ‘-‘ keys to adjust the volume. 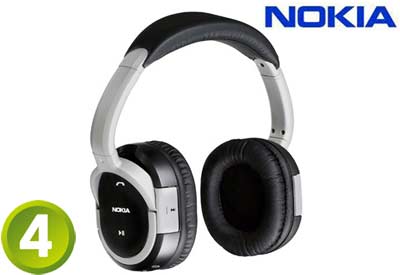 These are probably the most normal looking headphones of the bunch. They’re solid, comfortable and well built and have the best battery life out of all the headphones listed here with up to 19 hours of music playback, 18 hours of talk time and 2 weeks standby. Sound quality is excellent and set up is incredibly easy. Volume is controlled using a slider on the base of one of the ear cans and worked as you’d expect. 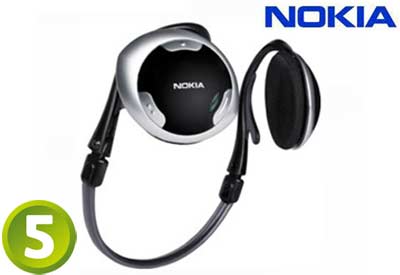 Nokia BH-501 Stereo Bluetooth Headset
The baby brother to the BH-604. A smaller more compact design that goes around your head rather than over it, and folds away neatly when not in use. The controls for music and calls are mounted on the outside of the earpiece and are easy to use. One of the more comfortable headsets thanks to the large, padded earphones. We weren’t able to test the volume control on the BH-501, but as all Nokia Headsets work in the same way, we would expect the volume controls to work perfectly fine on this headset.

If you’ve got any questions or queries about Stereo Bluetooth on the iPhone get in touch with us using the comments form below!