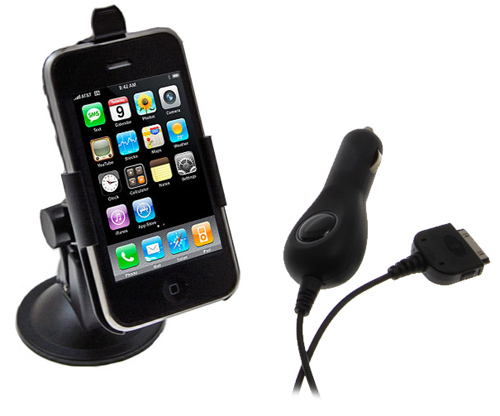 The Car Pack is made up of 3 items – a suction mount, a cradle for your iPhone and a car charger and putting it together takes just a few seconds.

Mouting it on your windscreen is quick and easy too. The suction mount is solid and unlike some cheap suction holders, doesn’t need to be moistened to stick to the windscreen and once it’s attached the only way to remove it is to release the clamp. The clamp itself is a lot easier to use than you’d expect too.  Normally, suction mounts have a small plastic lever that doesn’t seem to move very much and as a result it doesn’t create much suction to hold the cradle in place – that’s not the case with the Car Pack though, the level moves a considerable amount, which provides plenty of suction to keep your holder in place. 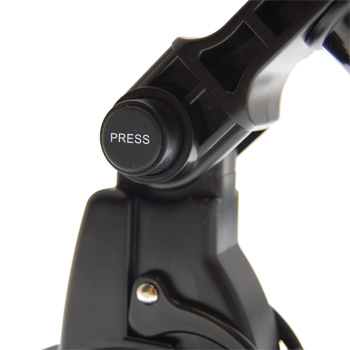 Once it’s attached to the windscreen, you’ll need to adjust the angle of the holder to suit your driving position. This is done easily enough as the cradle can be adjusted in 3 ways. Depending on which way up you’ve attached it to the windscreen, you can adjust it up/down, left/right and the cradle can rotate through 360°. While it’s easy enough to adjust, it’s not really something that you can do once you’ve started driving, so I’d make sure that you’re happy with the position before you set off – the reason I say that is the up/down and left/right joints are locked in place and to adjust them you need to press a button and then rotate it – something that really needs two hands. 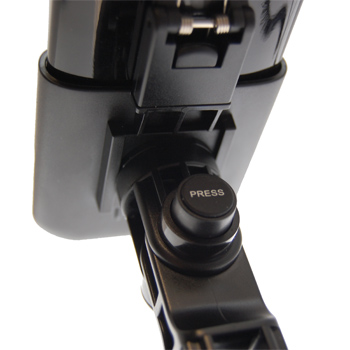 Push the button to rotate the arm

Overall it’s a great holder. I’ve tried many different car holders over the years, but can happily say the iPhone Car Pack is one of the most solid I’ve ever used.  The locking arm means that once set, it’s not going to keep moving around or start to drop every time you go over a bump in the road.