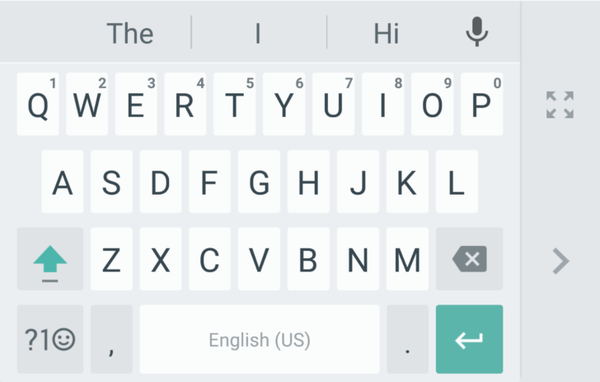 Google Keyboard for Android has become (much) more awesome. The official Android keyboard software was updated this week, adding a one-handed mode, some design improvements and a custom height setting. Let’s take a look at the new features.

A one-handed mode is a long time coming to Google Keyboard, and works as you’d expect, clustering the keys to one side of the screen or another (albeit without the curved layout you’d find on other keyboards). You can choose whether you want to use the left or right side of the screen for this, with the other side being devoted to a large button that returns you to normal two-handed typing.

You can also do more to set up the keyboard to your preferences. You can increase the padding around each key, making it easier to write accurately (albeit at the potential expense of speed). You can also set the height of the keyboard, choosing from five different options.

The number picker has also been improved, moving to a traditional phone-style layout that makes writing long numbers — like phone numbers or really big bank transfers — quicker and easier.

It’s also easier to move the cursor than ever before. Instead of tapping where you want the cursor to go, you can just tap and hold the space bar, then move left or right to move the cursor accordingly. Another useful gesture is sliding left over the delete key, which deletes whole words instead of single characters.

All in all, it’s a pretty solid update that should be well received by Google Keyboard fans. And with a rumoured release on iOS still to come, Google’s offering should be even more widely anticipated by iPhone users as well. You can download the Google Keyboard 5.0 apk from Android Police, or wait for the update which should be rolling out soon.