Discontinued  - not available for purchase 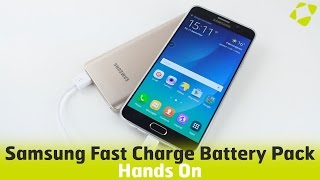 This silver official 5,200mAh fast charge power bank from Samsung is the perfect way to keep your fast charge compatible smartphone or tablet charged while out and about - in next to no time.

END_OF_DOCUMENT_TOKEN_TO_BE_REPLACED

Fast charge - Charge your devices anywhere with style and speed

This official battery pack by Samsung provides you with the freedom to charge your smartphone or tablet anywhere, as it is small and portable enough to take with you wherever you go. This fast charge battery pack allows you to charge your Fast Charge-compatible Samsung device from 0 to 50% in 30 minutes. However, with a universal USB port output, you can charge other smartphones, tablets or other electronics capable of charging via USB. The battery pack’s 5200mAh capacity can be recharged over and over. When fully powered, the fast charge battery pack holds enough juice to charge most of the latest smartphones up to 1 ½ times at least. 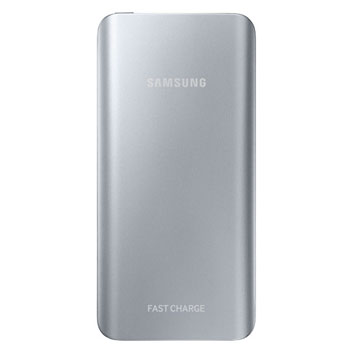 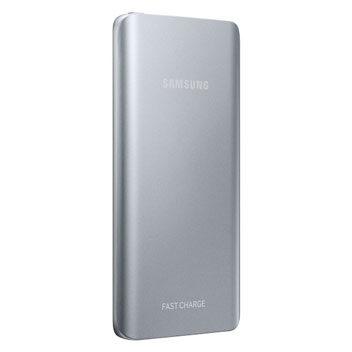 Impressive 5,200mAh can fully-charge your smartphone

Fully charge almost any smartphone with this official Samsung universal charging pack. Featuring a huge 5,200mAh capacity, it is powerful enough to fully charge any smartphones from flat and then some. Featuring a built-in USB port, the Samsung charger will recharge any device that charges via a USB cable, making this power bank ideal for use with your own smartphone as well as lending some power to your friends and families' devices. 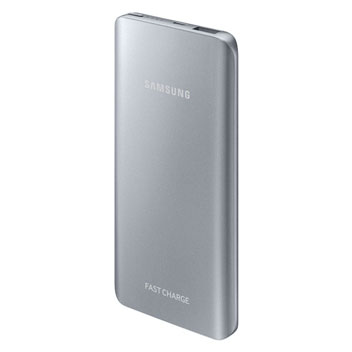 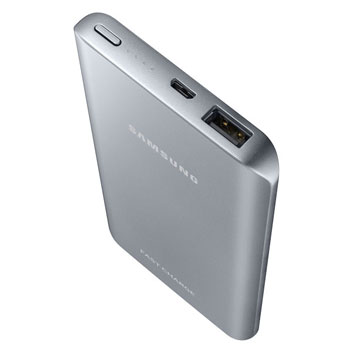 Recharging the Samsung Battery Pack is extremely easy, all you have to do is connect to a computer's powered USB port or a mains USB adapter, it really is as easy as that.

There is an integrated power level indicator button which indicates the battery level of the Samsung Portable Battery pack through four LED lights. This is perfect when you need to know when to recharge the pack and also helps to plan your movements. 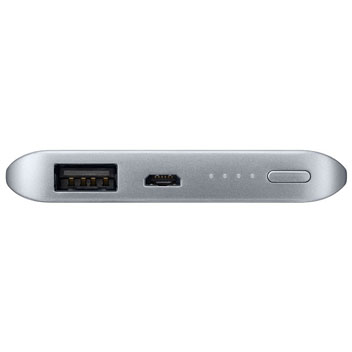 With this being an official Samsung accessory you can be sure of the best quality and performance on the market today that will not only keep your device fully charged, but also compliment it perfectly.