Discontinued  - not available for purchase
Charge your device wherever you are with the new universal Plug N Go.

END_OF_DOCUMENT_TOKEN_TO_BE_REPLACED

Give almost any device a full charge with the Pama Plug N Go Power portable charger. With a 4,000mAh capacity, it's powerful enough to charge anything from an HTC Desire all the way up to a Samsung Galaxy Tab. With most modern smartphones having a battery capacity of around 1,500mA, this means you can get more than two full charges from the portable charger before it needs recharging. It also features a 4 LED power indicator, so you always know how much battery you have left.

An outstanding feature of the portable charger is  the fact that it has a maximum output of 1000mA, which means you can use it to charge tablet-style devices like the iPad or Samsung Galaxy Tab, and even power your HTC phone with the satellite navigation turned on. 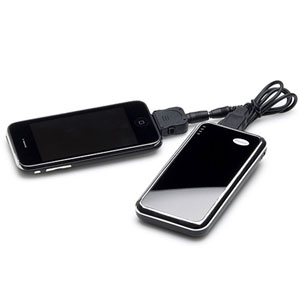 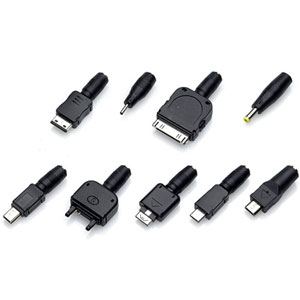 Measuring just 115 x 60 x 16mm, the Plug N Go Power is a truly portable emergency power source. Simply charge it up when not in use, put it in your pocket with the included cable and required tip, and you'll never be caught with a flat battery again.

Included with the Plug N Go are 9 different tips which make the device compatible with practically all phones, media players, cameras, and more. The portable charger itself can be recharged via the included mains charger or USB.