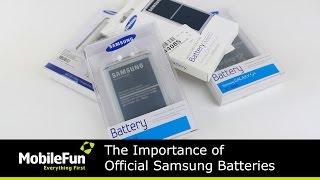 This official Samsung replacement battery for your Samsung Galaxy S5 will ensure that you have enough quality and reliable power available for your needs. Also features built-in NFC.
More Colours

END_OF_DOCUMENT_TOKEN_TO_BE_REPLACED

The internet is flooded with cheap fake Samsung batteries that could damage your phone and possibly even cause injury to yourself and your family. Don't take the risk and instead trust Mobile Fun to provide only genuine Samsung batteries, that have been manufactured to Samsung's recognised quality assurance for the best compatibility and most important of all - the best safety standards. 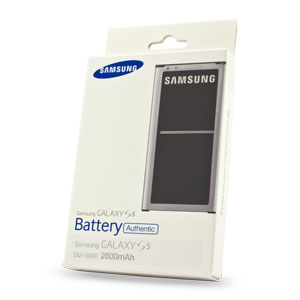 Provide yourself with double the amount of talktime and media playback by taking with you a spare battery. Relax and enjoy the fact you can simply change the battery when your existing one runs out of power - ensuring you can make that important phone call, use your battery draining navigation app, play graphically intensive games or watch an entire feature length movie without running out of charge.

If your current battery is starting to lose its charge far quicker than ever before or is failing to charge at all, this official battery replacement from Samsung will ensure your phone returns to its former charging glory.

This battery is exactly the same battery that came with your Galaxy S5 when bought, so it has the same capacity. This means that whether you're looking to replace an old battery or simply want a spare, you can be confident of getting the same battery life and performance out of your phone as you originally experienced.