Experience complete gaming accuracy & comfort with this ergonomic, non-slip Official Xbox Wireless Controller. The D-pad allows for accurate gaming, which you can then share instantly! Pair & switch between any USB-C device using the wireless adapter!

This is the same Official Controller that comes with an Xbox. This means that it has been made to the highest quality and passed extremely stringent quality tests. It will work perfectly with your Xbox, as that is what it has been created for.

The D-pad is a raised plus sign-shaped toggle that resides at the bottom left of the controller's face. It moves the focus up, down, right, and left in game, app, and Xbox One interfaces. The D-pad can be remapped to other inputs using the Xbox Accessories app. This allows your aim to be perfect whilst you play.

Textured grip on triggers, bumpers and back

The Xbox controller has been made to be be easy to grip for long periods of time. Its ergonomic, highly non-slip design helps avoid any mistakes whilst you game that may happen due to sweaty hands or hand cramp. Game to the best of your ability with this sleek, Xbox controller from Microsoft.

With the new and improved Xbox Wireless Adapter for Windows 10, you can play your favourite PC games using any Xbox Wireless Controller. Features a 66% smaller design and wireless stereo sound support, this gives you the ability to connect up to eight controllers at once. Have your friends round and be able to game easily, without having to all have different PCs.

The share button, in built on the controller, allows you to seamlessly capture and share content whilst you game. Whether that's a screenshot of your latest kill or a building you've creating or a recording of a move you've mastered. Whatever it is, be able to share it with your friends instantly using the share button.

Plug in any supported headset with the 3.5mm audio jack

The controller features a 3.5mm audio port, which can be used to plug in any 3.5mm headphones! This is great as it means you can have your headset plugged in, whilst you game, rather than having to have all sound coming from your TV - it can simply play directly into your ears due to this 3.5mm audio jack.

Play across your devices

This controller doesn't have to be just used with your Xbox! It can also be used wirelessly on your Windows 10 PC and many other consoles, as long as the wireless adapter can be attached to them. 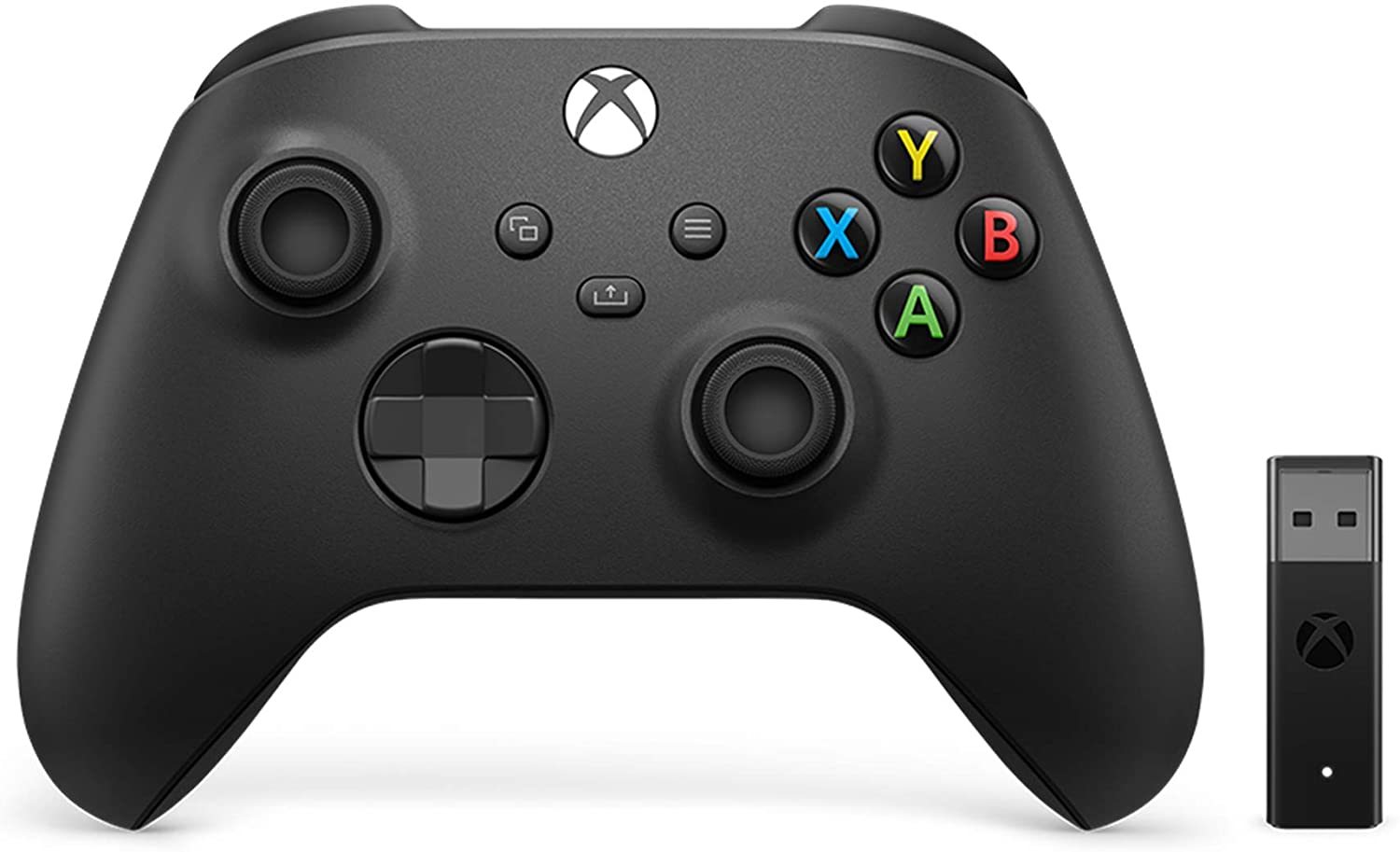