Discontinued  - not available for purchase
Video
Part of the LG G5 Friends and Accessories range, the LG 360 CAM gives you the ability to take 360 degree photos, perfect for taking those epic photos when you're out and about.

END_OF_DOCUMENT_TOKEN_TO_BE_REPLACED

With dual wide-angle 13 million pixel lenses, the 360 CAM gives you the ability to take impressive 360 degree photos. Combined with the advanced photo settings and being able to adjust ISO, white balance and shutter speeds, you'll be able to capture those special moments with stunning detail. 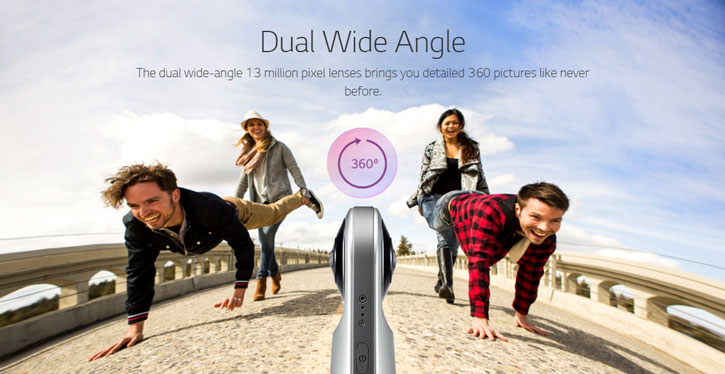 Not only can the 360 CAM capture detailed photos, but it can also record remarkable 360 videos in 2K. Featuring 3 seperate microphones, this camera module also provides 5.1ch audio recordings. 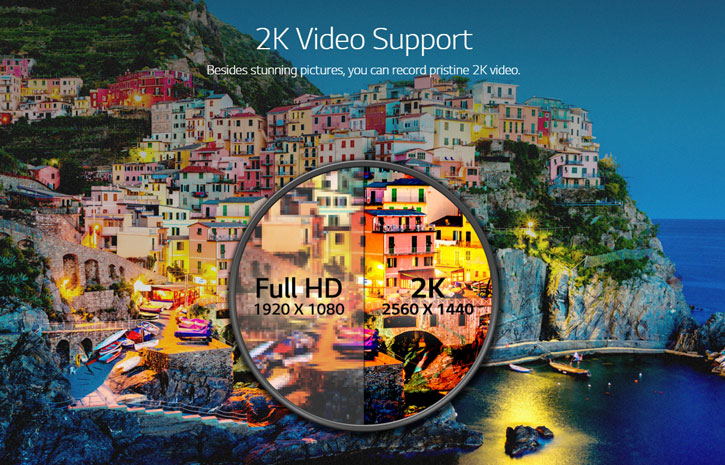 Easy to use controls

Using the 360 CAM could not be any more simple due to WiFi and Bluetooth connectivity. Simply press the button on the 360 CAM and it will capture the perfect photo, alternatively hold the button down and it will start recording. In addition to being able to change the settings, you can even control the camera through the controls found on the LG G5, as well as being able to preview the photos or videos. 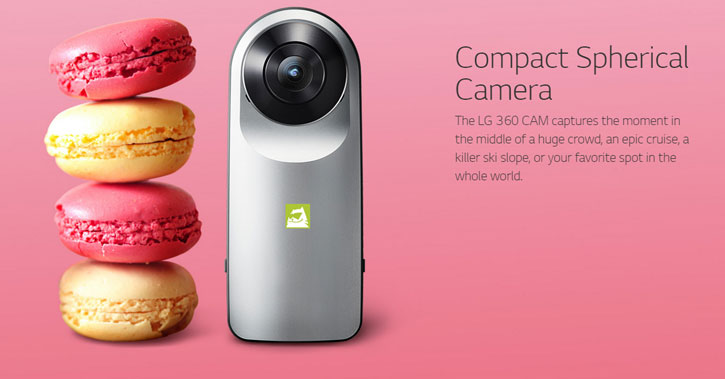 Compatible with the LG 360 VR Headset

With it's compatibility with the 360 VR Headset, you'll even be able to enjoy the content you created through the impressive headset. Another option of viewing your content, is through your LG G5 by simply tilting and moving it around.

The LG 360 CAM boasts 4GB of internal storage and a slot for a Micro SD card, meaning you won't ever run out of space and miss capturing that perfect moment.

The 360 CAM has been designed to be taken anywhere, resulting in a compact and lightweight unit, while the provided case ensures the lenses are protected when not in use. 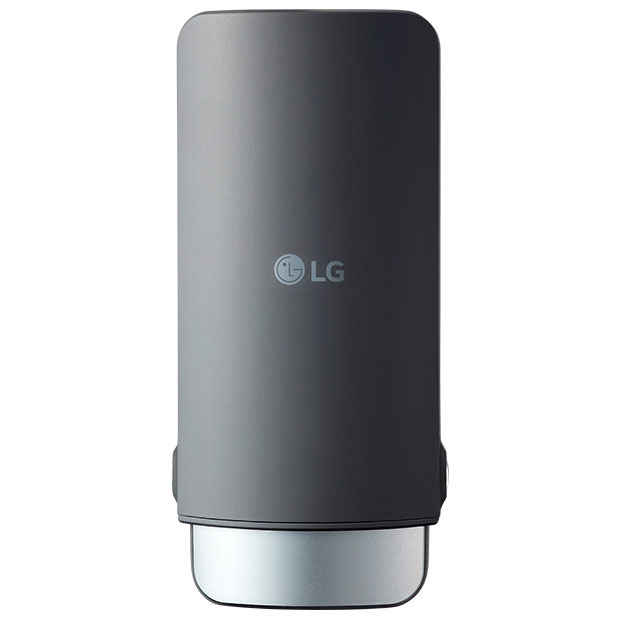 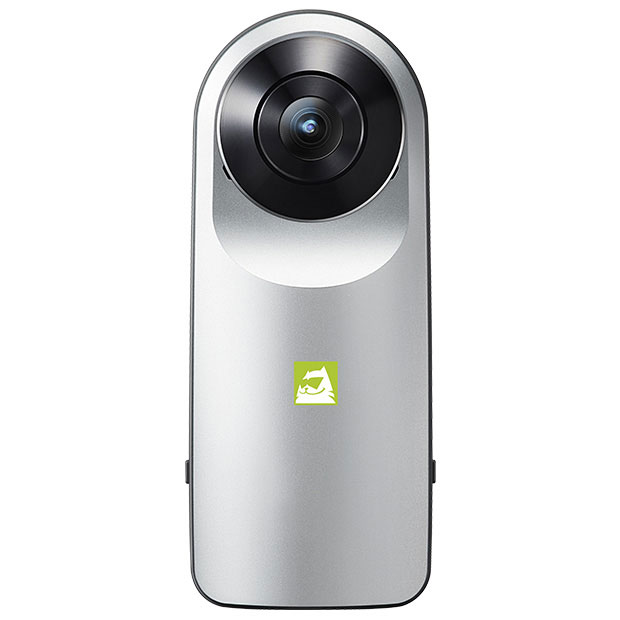 Combine this unique VR headset with the other modules in the G5 Friends & Accessories range, including the 360 VR Headset or Hi-Fi Plus with B&O Play. 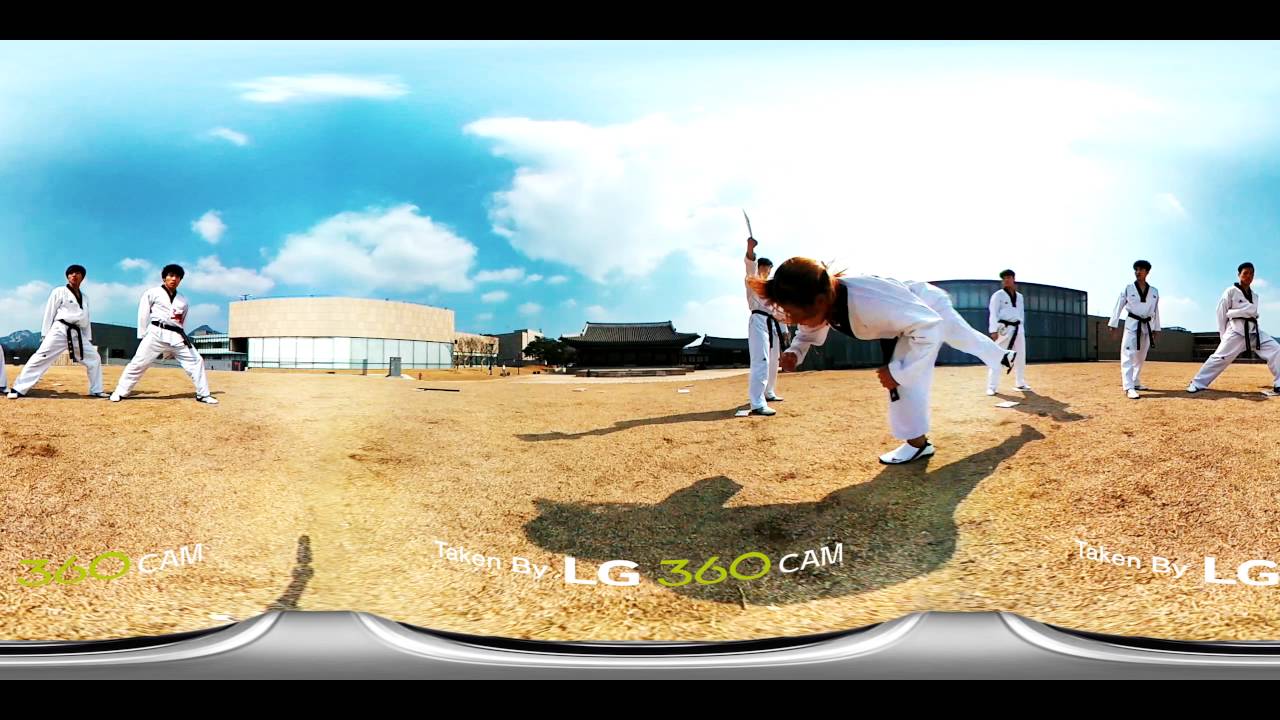