Discontinued  - not available for purchase
Noise is nothing with the Jawbone PRIME noise cancelling Bluetooth headset.
Reviews

Aliph, with Jawbone PRIME™, has once again obsoleted itself with the latest and greatest in NoiseAssassin technology delivering an order of magnitude better noise elimination performance, an integrated digital approach to wind reduction, and a fail-safe solution if the VAS does not touch the face

Jawbone has been able to eliminate real world noise better than any other headset because it is the only headset that can accurately separate speech from ambient noise.

Jawbone PRIME has even better background noise elimination than the previous generations. NoiseAssasin™ 2.0 delivers an order of magnitude improvement in the noisiest environments (6 to 9dB) extracting even more noise while keeping the user's voice natural. 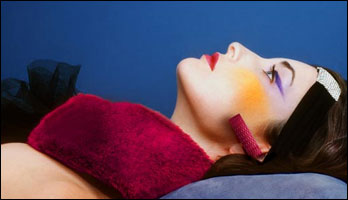 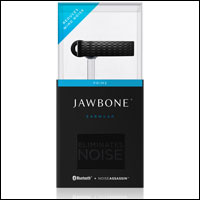 Acoustic Voice Activity Detector (AVAD) provides a fail-safe mechanism when the Voice Activity Sensor (VAS) doesn't touch your face. When the VAS is not touching the face, Jawbone PRIME performs as good as or better than any other noise cancelling headset. When the VAS touches the face, you get the turbo-boost to the NoiseAssassin performance.

Works in the wind.

After solving NoiseAssassination in the most severe noise environments, Aliph focused its engineers on the task of eliminating the impact wind has on speech. With their strong background in Digital Signal Processing (DSP) techniques, the Aliph team developed a unique all digital Sensor Signal Fusion system to reduce wind noise.

The industry-standard microphone approach used by most headset companies fails as the microphones become saturated with wind noise distorting the low-end frequencies of speech (as noticed when you use your handset in a windy environment). By leveraging some innovative DSP techniques and Jawbone's proprietary Voice Activity Sensor (VAS) to reconstruct the missing speech Aliph has implemented a wind solution that maintains award-winning design without having to apply a visually disruptive wind-sock or baffle to physically block the wind.