Discontinued  - not available for purchase
Dock, sync and charge your iPad or iPhone with this foldable 4000mAh battery dock.

END_OF_DOCUMENT_TOKEN_TO_BE_REPLACED

Dock, sync and charge your iPad or iPhone

With the Gopod the included USB cable not only allows you to charge the internal battery of the Gopod, it will also allow you to synchronise your data, including pictures and music with iTunes. 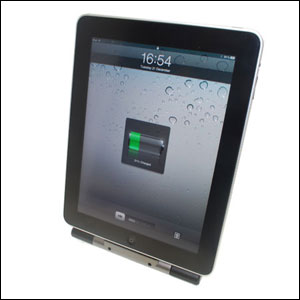 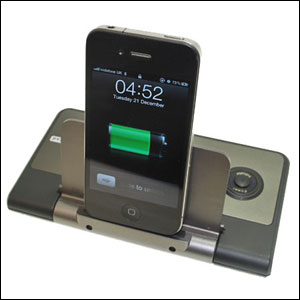 Portable and lightweight so you can take it everywhere

Weighing around the same as an iPhone, the dock is highly portable, it comes with its own carry pouch which has ample space for both the dock and the usb charging cable, slip it in your bag and you will hardly know it is there.

The main feature of this dock is that it folds up when not in use. When it is unfolded it acts as a stand for your device. The functional device lets you use your device at a comfortable angle a well as charge at the same time. This feature comes into its own when on the train for example. 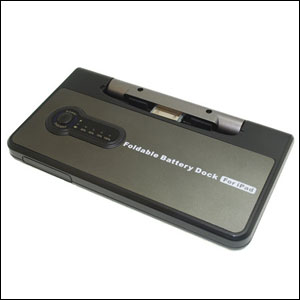 The built in apple 30 pin connector gives compatibility with all Apple devices using this connector. It has an output of up to 2.1A for use with the iPad. 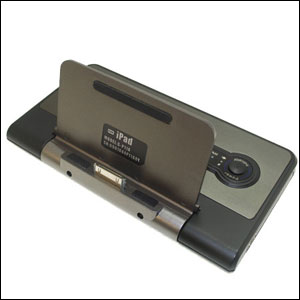 Led indicators to show the level of battery remaining

There are a series of 5 led indicators which will show you the amount of charge left in the 5200 Mwah battery with the press of a button. There is an orange led which will inform you whether your device is being charged or not. When you place your device into the charger, it will automatically start charging. 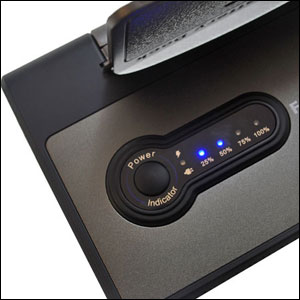